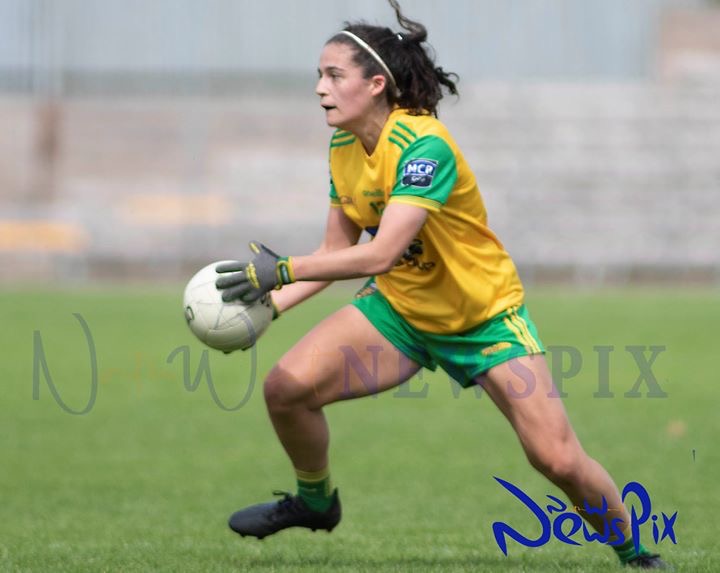 HER MIND was scrambled when the decision had to be made, but Amy Boyle-Carr says her gut feeling was right.

A talented soccer player, who had broke onto the Republic of Ireland senior squad, she was lining out for Sion Swifts and winning rave reviews.

A member of the Donegal senior football panel in 2018, manager Maxi Curran asked her for a commitment this year. She pondered long and hard and plumped to go for the Gaelic football route.

“It was a massive call to make and probably a shock to a lot of people,” Boyle-Carr told Donegal Daily/Donegal Sport Hub after Sunday’s Ulster final win over Armagh.

“At the end of the day, I had to go with what I was enjoying more and my gut really. Thankfully it paid off in the end. It could have gone either way.”

Boyle Carr scored 1-2 and was named as Player of the Match as Donegal overcame the Orchard to take the win and a third Ulster title in a row.

She said: “It’s overwhelming. It’s hard to believe. Training with this team is just amazing. Every other year, you look up to them so much and to play with them now is something else.

“We knew that we had to step up. There was a lot of speculation going into the match whether we were up to it or now. We showed that. We knew if we showed up and played our best that the game could be ours.”