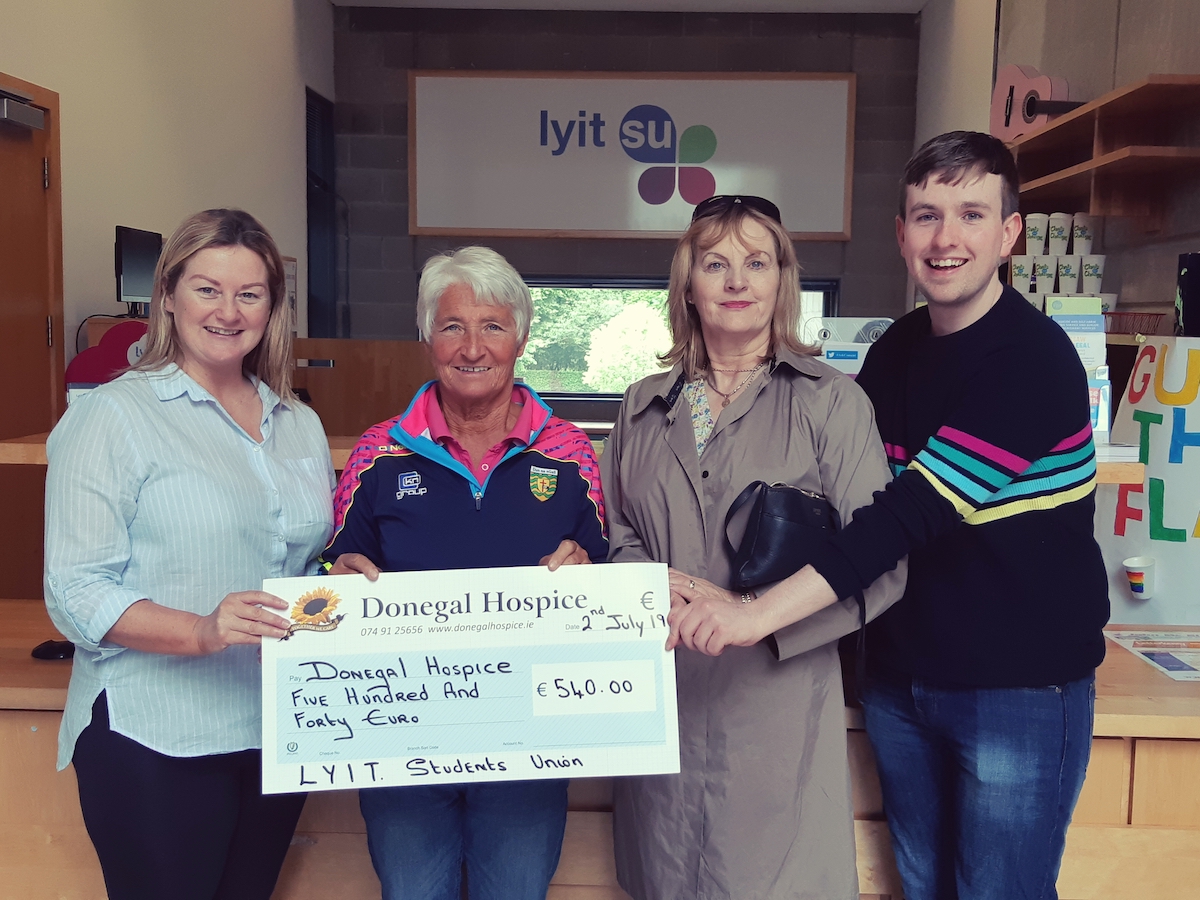 More than €1000 has been raised by the Letterkenny Institute of Technology Student Union for two Donegal charities.

A number of recent events and campaigns including the Student Achievement Awards and the Formal Ball have raised a grand total of €1080.00 for the two worthy charities.

At the start of each academic year, two charities are chosen by the students.

The charities chosen this year were Multiple Sclerosis Ireland (Donegal Branch) and the Donegal Hospice.

Earlier this week, the two charities were presented with a total of €540.00 each.

LYIT Student Union thanked the students and staff members who contributed in any way, throughout the academic year, for the two charities.