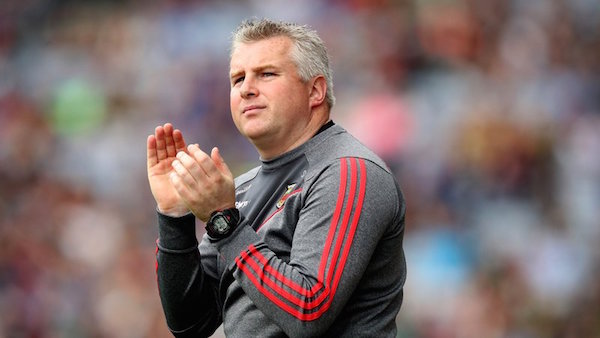 Donegal will finish off their Super 8’s with an away fixture against Mayo after James Horan’s side sealed their progress this evening.

Mayo were 2-13 to 1-13 winners over Galway in Round 4 of the qualifiers at the LIT Gaelic Grounds in Limerick. Two goals in the first eight minutes from James Carr of Mayo laid the foundation and although Galway got back to within three points twice in the second half, David Clarke in the Mayo goal also saved a Liam Silke penalty.

Shane Walsh blasted home a Galway goal from a free deep into injury time. It means that former Mayo manager Stephen Rochford, who joined Donegal’s backroom team last year,  will be taking on his native county.

Donegal will open their series with a match in Ballybofey tomorrow week, Sunday July 14 at 2pm, against the winner of Meath or Clare – those two sides meet tomorrow at Portlaoise in the last of the Round 4 qualifiers.

Declan Bonner’s team will face Kerry  in Group 1 at Croke Park on Sunday, July 21 at 4pm before making the trip to Mayo at MacHale Park in Castlebar on the weekend of August 3/4.

In Group 2, Dublin and Roscommon were today joined by Tyrone and Carr, who enjoyed comfortable wins over Cavan and Laois respectively.