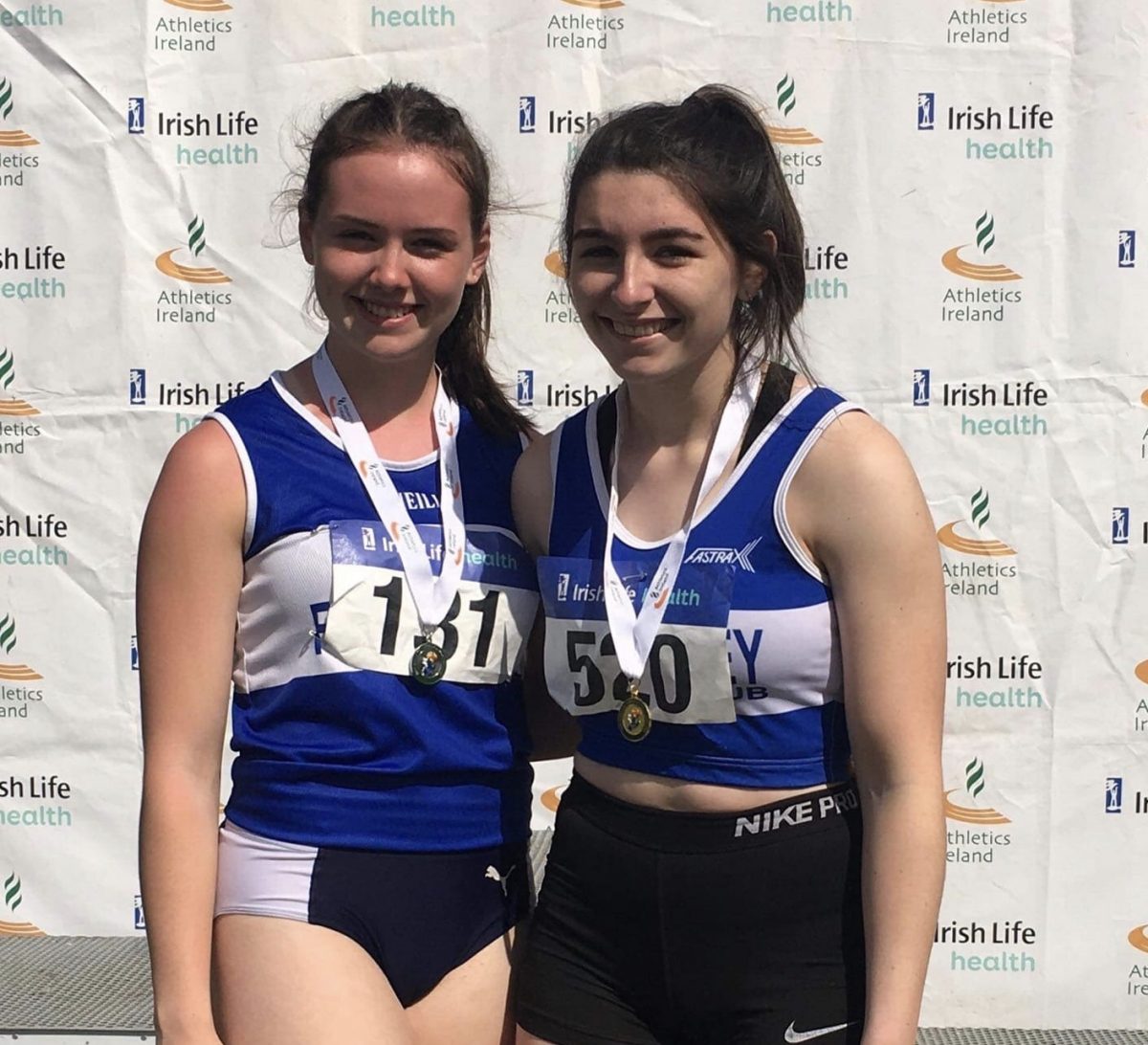 In the same race, Letterkenny AC’s Patrick McDaid was the bronze medallist in 2:04.87. 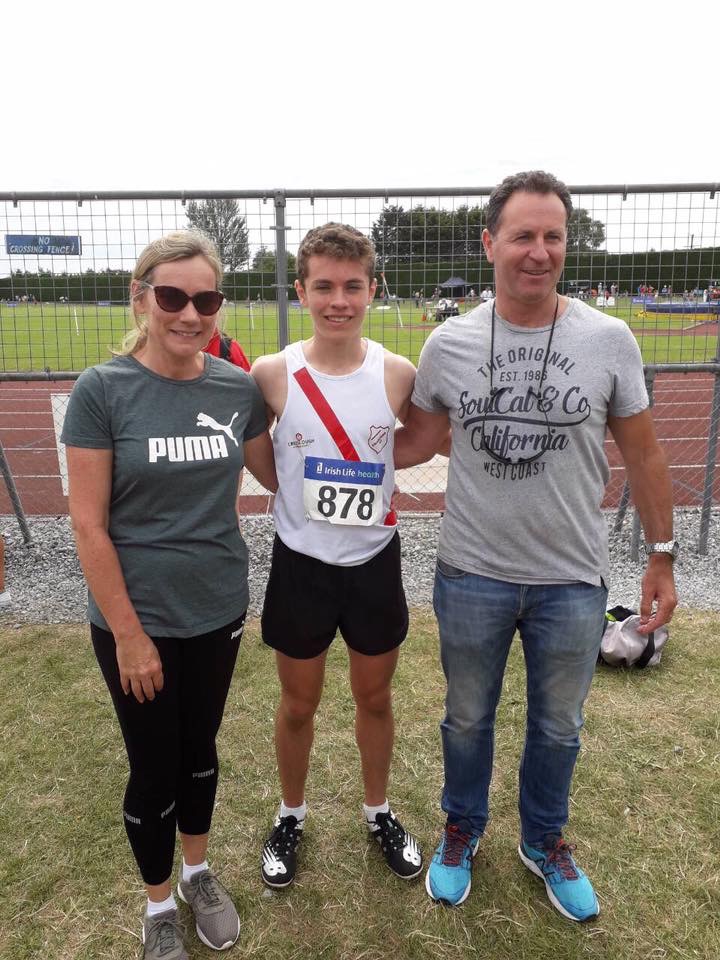 There was a Finn Valley AC one-two in the Under-18 girls triple jump.

Lauren Callaghan leapt to gold with a jump of 11.18 metres. Finn Valley colleague Michaela Byrne took silver with a 10.69m effort. (Lauren and Michaela are pictured above).

Blaine Lynch of Finn Valley won the Under-14 boys javelin with a best effort of 50.94 metres.

Adrienne Gallen has been in superb form this year and the Lifford-Strabane AC ace won the Under-16 girls hammer with a 51.75 throw.

Niamh Moohan took gold to Tir Chonaill AC from the Under-16 girls 80m hurdles as she sped to victory in 11.78 seconds.

Letterkenny AC’s Michaela Galvin won the Under-16 girls triple jump as she landed at 10.56m.

Finn Valley’s Riona Doherty was the silver medal winner in the Under-13 girls 60m hurdles while Ben Campbell of Tir Chonaill AC took the silver from the Under-16 boys 100m hurdles, beaten by just 0.04 seconds by Conor Hoade from Galway City Harriers.

Pictures and results: Donegal Under-12, Under-13 Track...