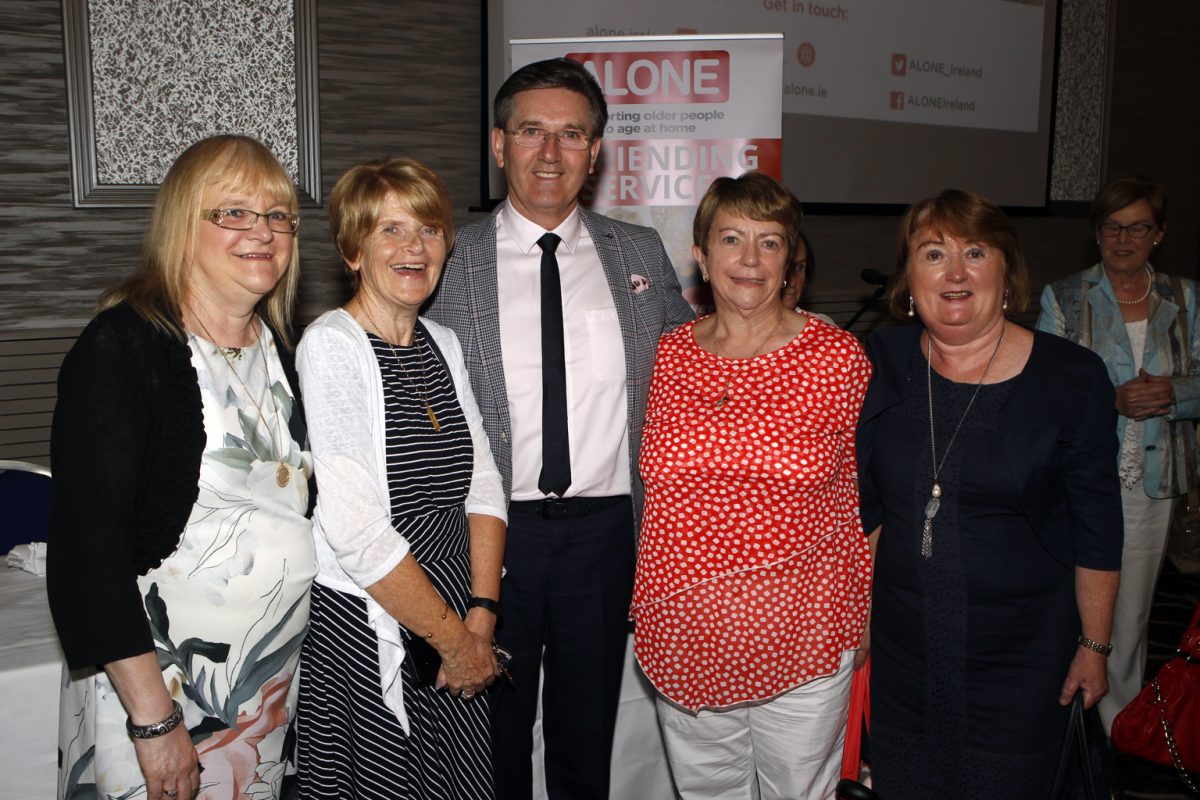 Daniel O’Donnell was on hand to help launch ALONE’s new services in Donegal.

The singer joined forces with the charity to announce details of the plan in conjunction with the Good Morning Donegal service.

Daniel O’Donnell sings happy birthday to Philomena Gilespie who had a chance meeting with her idol which on holiday in Donegal form her home in Castlebar. Co Mayo. Photo Brian McDaid.

Sabrina Kee and Rosemary Mc Grory at the ALONE launch at the Raddison Hotel.

Annemarie Shovlin, Bred Baska and Frank Campbell from Dungloe and Kincasslagh pictured with Daniel O’Donnell at the launch of ALONE .