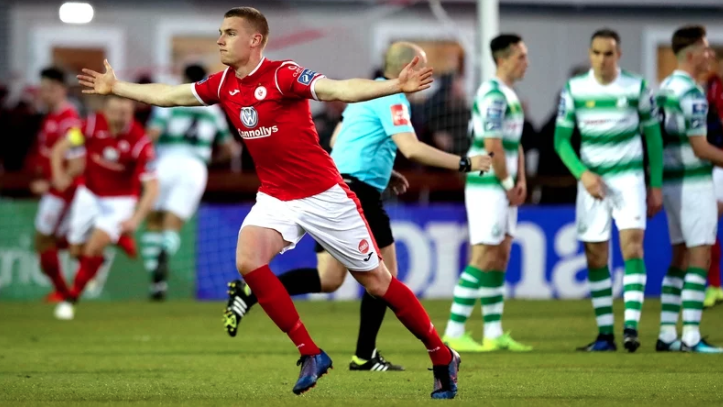 JACK KEANEY HAS left Sligo Rovers and signed for UCD, it has been confirmed.

The 20-year-old midfielder joins UCD on a scholarship programme having played 54 times and scored six goals for the Bit O’Red.

“This has been an extremely difficult decision to make, and I want to thank everyone at Sligo Rovers, and the Sligo Rovers fans, for all the support they have given me over the last number of seasons,” Keaney said.

“When I arrived at Sligo in January 2016 as a kid and I leave here not only having grown as footballer, but more importantly as a person too.

“I also want to take this opportunity to personally thank Danny O’Leary, Niall Harrison, Colm Jinks, Dave Robertson, Gerard Lyttle, Kevin Deery, John Russell, Liam Buckley, Brian Dorrian and my teammates, who have all been instrumental in both my personal and professional development.

“This is special club that will forever hold a place in my heart, and I want to wish everyone at Sligo Rovers all the best for the rest of the season.”

The Donegal Town man graduated from Sligo Rovers’ underage ranks and he now moves to join UCD, who are in a relegation dog fight with Finn Harps.

Sligo manager Liam Buckley said: “We are sorry to lose Jack from the squad. He has had this offer from UCD for a couple of seasons.

“He has decided, at this final juncture to do so, to take it up and we respect that decision.

“Jack has made great strides and for a man of his age he has had a big influence on the pitch, as well as off of it. He can be very proud of that progress made.

“As a club we do not want to lose any player. Our education partnership will help that cause going forward. The underage system here is very good and it shows that players get opportunities.

“We are likely to lose one more player come the end of the month but we will look to bring in one or two to add to the squad. We will update on that shortly.”