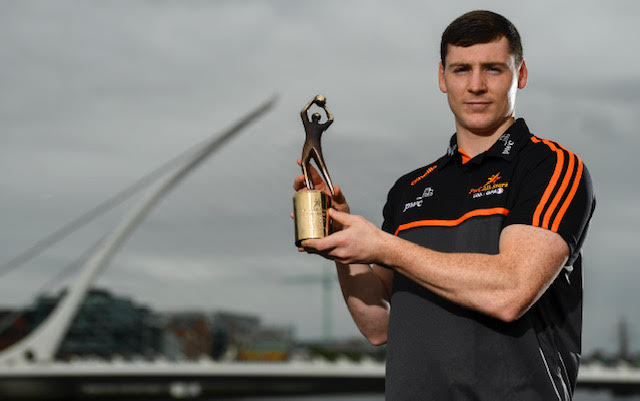 Player of the Month gong for Donegal star Jamie Brennan

JAMIE BRENNAN insists he is mindful of the importance staying at the top of his game.

The Bundoran man was named as PwC GAA/GPA Players of the Month for June after a superb Ulster campaign for Donegal.

He kicked 1-04 in their final win over Cavan which secured back-to-back Ulster titles for Declan Bonner’s side last month.

His goal came at a time when Cavan were threatening a fightback in Clones, finding the net with less than an hour played to put the contest beyond doubt, having netted in the semi-final win over Tyrone.

“It takes time. I’ve been part of the senior panel for three or four years now. It doesn’t happen overnight. You feel like you’re playing with a club here, we have that sort of confidence.”

Brennan has been winning rave reviews, but isn’t getting tied down by the accolades and adulation.

He said: “I’m not too big on social media and I try to stay away from it.

“I don’t look into it too much. I just zone out and try to relax after games.

“I was listening to Jonny Sexton on Off The Ball. He was on about the hype after they beat the All Blacks and then it didn’t go to plan this year. It’s such a fine line from a kick in the back side and a slap on the back. We have to be mindful of that.”