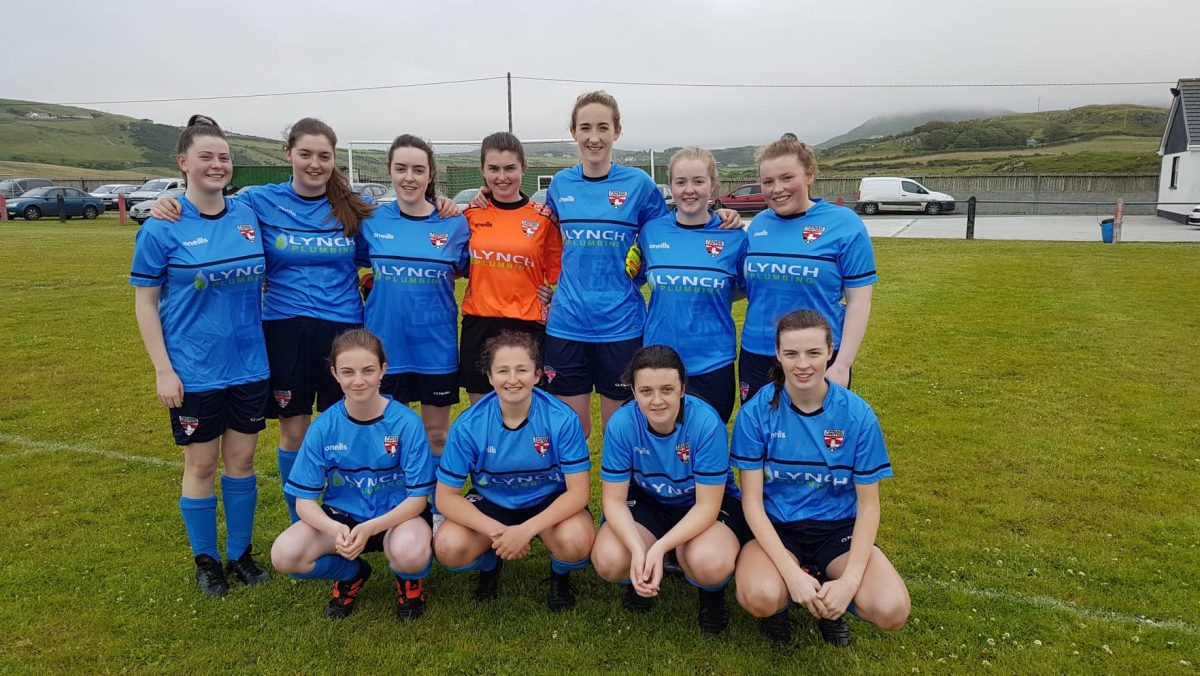 IT WAS another eventful night on Thursday in the North West Women’s Super League.

Fanad were quickest out of the traps and took the lead in the second minute.

When an Amanda Callaghan corner caused confusion in the box, the ball fell to Eimear Gibbons who finished into the net.

The lead only lasted five minutes however as Illies equalised. When Paula McGrory done well to turn the defender on the edge of the box, her shot found the bottom corner of the net.

Illies took the lead three minutes later when Danielle Doherty fired home an excellent shot from the edge of the box.

In the 25th minute Danielle Doherty was unlucky not to get her second when her curling shot flew just wide of the post. The rest of the half was end to end with neither side creating any clear cut chances.

Fanad had a chance to equalise three minutes into the second half when Amanda Callaghan crashed a free kick from 25 yards off the crossbar.

Both sides enjoyed spells of pressure in an entertaining game. In the 65th minute Paula McGrory fired a fine shot from 20 yards just wide.

In the last 15 minutes Fanad started to apply pressure and got their reward with 8 minutes remaining with an equaliser.

When Niamh McDevitt sent a free kick form her own half forward, sub Caoimhne Herron done very well to hold off the attentions of the defender to fire high into the net.

The last chance of the game fell to Alison McGonagle for Illies who shot over the bar when well placed.

BONAGEE United overcame derby rivals Lagan Harps on Thursday night at Orchard Park to move out on their own at the top of the table.

Lyndsay McElchar came off the bench to score a second-half hat-trick for the Dry Arch Park side.

Denise Doherty hit two goals in the first half and Chantelle Grant was also on the mark to put Bonagee – who gave a senior debut to 15-year-old Caitlin Hume – 3-0 up by the break.

Bronagh Gallagher warmed the palms of Bonagee ‘keeper Clare Friel with a dipping effort, while Danielle McDevitt kept up the fight for Lagan in the engine room.

McFadden scored twice in the second half, including a penalty, while Amy Boyd got in on the act with a deserved goal, but the night belonged to McElchar, who toasted her first ever hat-trick.