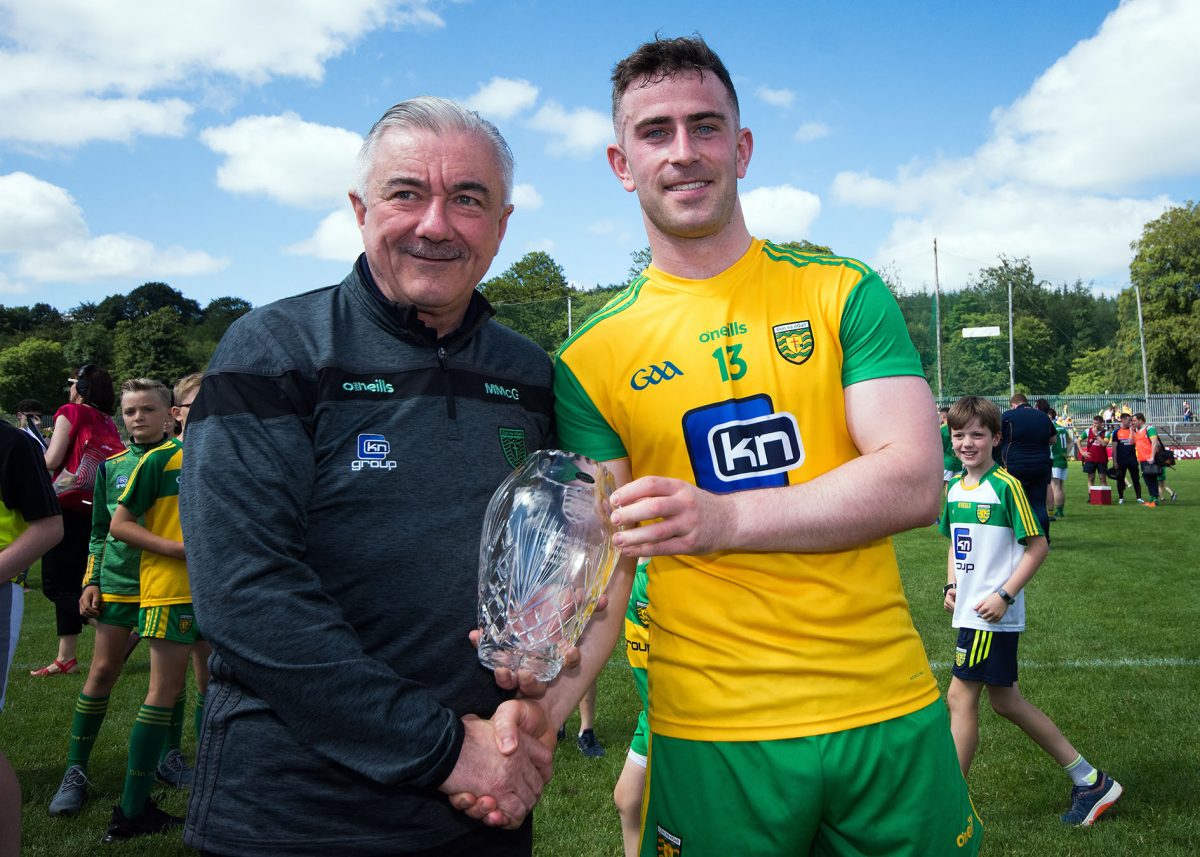 McBrearty’s return to action – having missed the last year through a cruciate knee ligament ailment – has given Donegal a real lift for this summer.

But for his injury, he’d have reached the magical 100 sooner.

“I was here for the Tyrone game last year and it was the first time I wasn’t fit to tog out for Donegal,” McBrearty said.

“Every chance I get to put on the Donegal jersey I will. I’m looking forward to getting back to Croke Park as I haven’t played there in a while.”

Donegal are back at the Jones Road on Sunday to joust with Kerry.

A nine-point win over Meath on Sunday gives Donegal a solid start to their Super 8 campaign, even if it took a last-quarter salvo to put some gloss on the scoreboard after the Royals briefly led.

McBrearty said: “We’d have taken a one-point win there. We’re happy. It didn’t look good for a spell there when Meath came back from being five points down to go ahead.

“That’s something we have to look at. Maybe boys slacked off in an attacking aspect. When you have teams on the back foot you have to come out on top of them.

“Certain aspects of our play let them back into it and we showed good character when Meath went ahead.

“We hadn’t played since the Cavan match and three weeks is a bit of a while without a game. Training is good but you can’t replicate a game. It took a while for us to get our second wind.

“We have a game under our belt now so we won’t have any excuses when we’re out now next weekend against Kerry.”

McBrearty made his senior debut for Donegal back in 2011 when, at just 17, he was plucked by Jim McGuinness to feature in an Ulster Championship clash against Antrim. A magical sojourn in the county shirt has already yielded an All-Ireland and five Ulster crowns.

Michael Murphy was 26 when he reached the 100-game marker. McBrearty’s numbers in Donegal will take some beating.

McBrearty endured a long way back from the injury he sustained in last year’s Ulster final win over Fernmanagh.

He added: “I do one day a week maintenance work as I need to keep the muscles in the knee topped up. I’ll be doing that now for the next year or maybe even two years. When you’re given the ‘all clear’ you have to maintain it.”