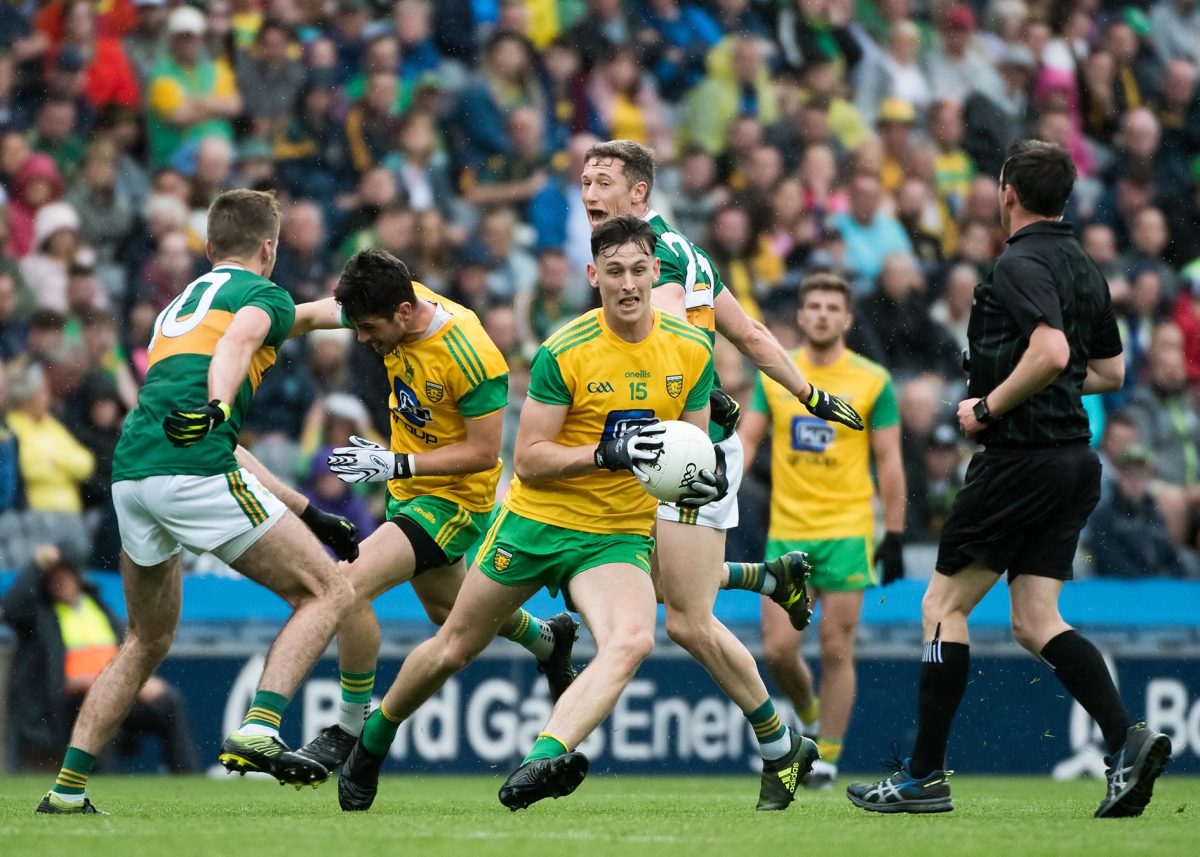 Semi-finals in sight: Here’s a look at the permutations for Donegal’s Super 8 group

AS GROUP 1 heads for its final weekend on a blockbuster August Bank Holiday weekend, there is little that is certain.

All that can be said for sure is that Meath – following defeats to Donegal and Mayo – cannot qualify for the All-Ireland semi-finals.

Group 2 is rather more straightforward. Tyrone and Dublin have secured semi-final spots and will be playing for top spot when they clash at Omagh in two weeks’ time.

Donegal head for Castlebar for what should be a fire-cracker of a contest. Their rivalry has become a deep one, going back to Donegal’s win over the Connacht side in the 2012 All-Ireland final.

The pot will boil further with the arrival of Donegal coach Stephen Rochford back to his native county – whom he led to two All-Ireland finals.

Presuming that Kerry defeat Meath at Pairc Tailteann, Donegal will need a win or a draw in Mayo to be safe of a place in the last four.

A win or a draw will be enough for Declan Bonner’s men in Castlebar, while Mayo are in must-win territory for what will surely be a sell-out at MacHale Park.

Should Mayo and Kerry finish level on points, Kerry would advance on the head-to-head separator.

A draw or a win for Kerry in Navan will see them through. Even a defeat would see Kerry through if Donegal also beat Mayo.

Donegal could advance with a defeat only if Meath beat Kerry – and then it would come down to scoring averages.

If Donegal and Kerry both win, Donegal would need to better the Kerry win by two points to top the group.