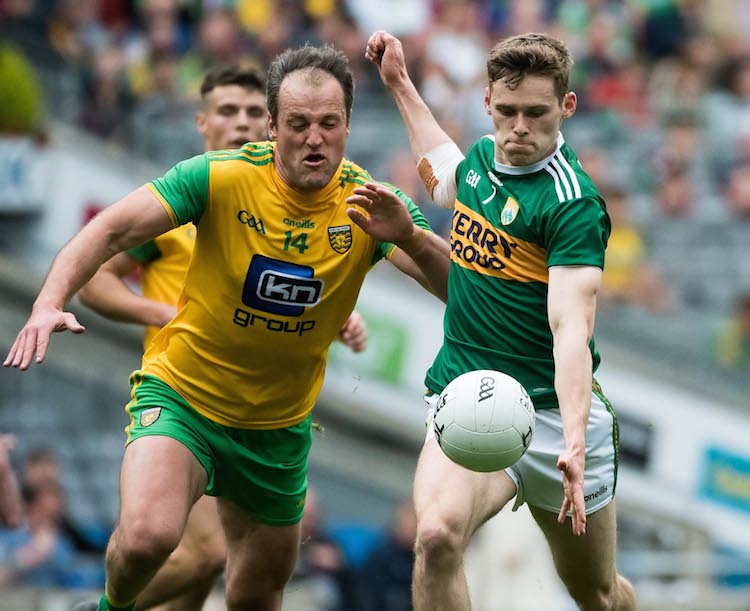 DONEGAL CAPTAIN Michael Murphy has been named as the gaa.ie Footballer of the Week.

The Glenswilly man was at his imperious best on Sunday at Croke Park.

Murphy scored 1-7, including a goal from a penalty and a nerveless last-minute score to level the game, as Donegal drew 1-20 to 1-20 with Kerry.