The stunning scenery of Donegal takes a starring role in a new Porsche promotion video.

The video is a picture-perfect postcard for Donegal, as it features breathtaking scenery from around the county.

Earlier this summer, Tourism Ireland, in conjunction with Fáilte Ireland, invited a team from the famous car manufacturer to come and film in Donegal, to showcase the Wild Atlantic Way as a fantastic driving destination to German holidaymakers.

Travel blogger Sebastian Canaves from ‘Off the Path’ and his partner Line Dubois did the honours, taking to Donegal’s winding roads in a Porsche 718 Cayman GTS.

Watch the video from Porsche.com here:

“Exploring the most spectacular roads of this world and driving playful curves. That tempts me,” Sebastian says.

Sebastian Canaves has seen all the continents of the world, has visited more than 100 countries and is one of the most successful travel bloggers in Europe with “Off the Path”. But he is blown away by Ireland’s impressive nature.

“What struck me about Irish is its breathtaking nature. The vastness, the infinite green, steep cliffs and of corse the curvy road ways,” he says.

He describes Ireland as “probably one of the most stunning counties for road trips” due to the Wild Atlantic Way. 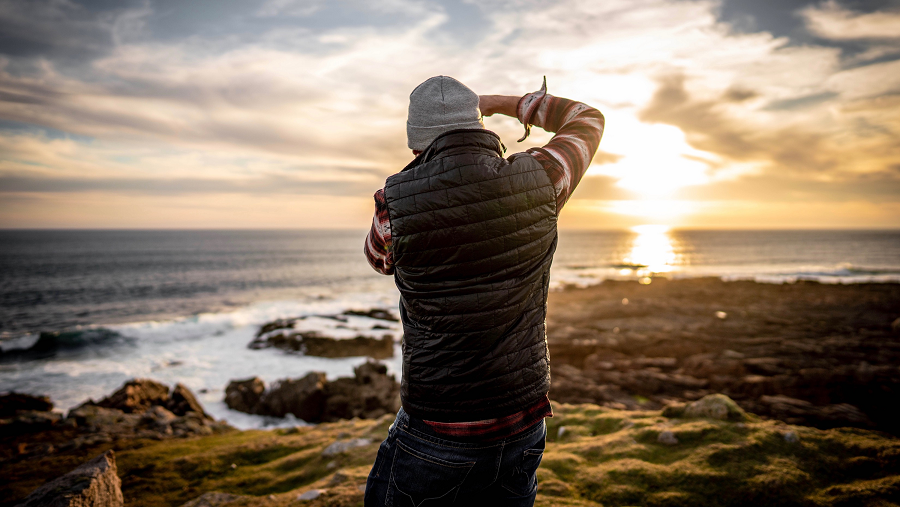 Photo: Sebastian Canaves from Off the Path. porsche.com

The video – and an article describing the Wild Atlantic Way as “one of the most beautiful coastal roads in the world” – are being shared by Porsche with its fans and followers on its website. A ‘teaser’ video was also shared by Porsche on its social channels.

Germany is the third-largest source of visitors to the island of Ireland and one of the largest outbound travel markets in the world.

“Tourism Ireland was delighted to collaborate with Porsche, to highlight Donegal’s spectacular scenery,” said Peter Nash, Tourism Ireland’s Manager Central Europe. “Our aim is to highlight longer-stay holidays and to encourage Germans to come and discover the Wild Atlantic Way and the island of Ireland by car. Visitors who use a car on holidays tend to stay longer, spend more and are more likely to visit more than one region.”

Peter Nash continued: “Tourism Ireland has an extensive programme of promotions under way throughout 2019, to grow German visitor numbers to Ireland and, in particular, to encourage more Germans to come and explore our regions and less-visited attractions during the shoulder and off-season months.”

Donegal has the best chance of a...

Fancy being on TV? Extras sought for...