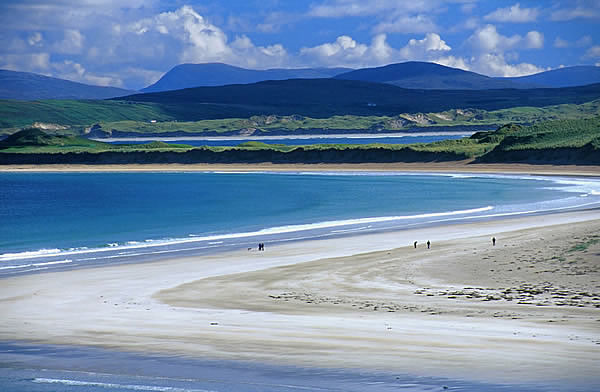 Bathers are being warned to avoid the water at three Donegal beaches this week due to pollution.

Notices have been issued for Bundoran Beach, Port Arthur in Derrybeg and Port na Blagh Beach.

The public is warned to ‘Do Not Swim’ at Bundoran and Port Arthur and a Prior Warning is in place for Port na Blagh.

The warnings were issued for 72 hours from Monday 22nd July.

The issue at Bundoran relates to a visible report of pollution due to suspected Storm Water overflow from localised heavy rainfall.

The authorities have been contacted and re-sampling methods are in place.

People are told not to swim at Port Arthur Beach, Gweedore, due to elevated levels of E.coli arising from a stormwater influx.

At Port na Blagh, bathers are advised of the possibility of an increase in the levels of bacteria in the bathing water over the coming days due to forecasted rainfall.

Higher levels of bacteria are usually short-lived and most bathers are unlikely to experience any illness. However, to reduce the risk of illness, beach users at Port na Blagh should take the following precautions:

The notices were issued by Donegal County Council through the EPA.