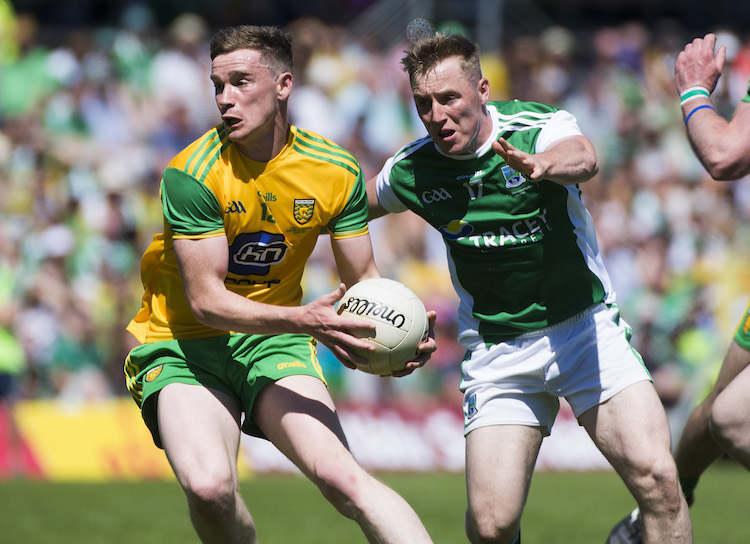 Thompson encouraged as Donegal prove their strength in depth

The Glenties man insists he wasn’t surprised in the slightest by how Donegal were able to overcome some telling injury blows.

Donegal fans were also concerned when it was confirmed that Neil McGee and Paddy McGrath were unable to take their respective spots. That left Donegal without three of their first-choice back six, while starting midfielders Hugh McFadden and Jason McGee had to make way injured during the game.

“We had a few missing, but we’ve got a very competitive panel,” Thompson said.

“We lost a couple of lads during the game, but people have been talking about our strength in depth all year.

“This was the chance to back this up. All year, there have been examples of players coming in and making an impression.

“We see it every night in training. It’s no surprise to us when Declan makes a change. There were some forced changes, but the boys all stepped up.”

Donegal needed a last-gasp free by captain Michael Murphy to secure a 1-20 apiece draw with the Kingdom.

An absorbing contest swung between the two sides before Murphy, finally, drew parity for a 16th and final time.

Thompson said: “We came for two points, so there was a wee bit of disappointment. We pushed hard at the end to square it up.

“We can’t be too negative coming away either. That was Kerry and they’re a superb side. Now, it’s all about recovering and planning for Mayo.

“Kerry are a very good side. At the end of the day, a draw was probably the fair result. We had chances when we might have nicked it – but so did they.

“It was end-to-end stuff out there. It was very fast and open with two attacking sides. There was serious pace to it.

“There is so much quality out there and it’s hard to keep tabs on that quality for the full 70 minutes.”