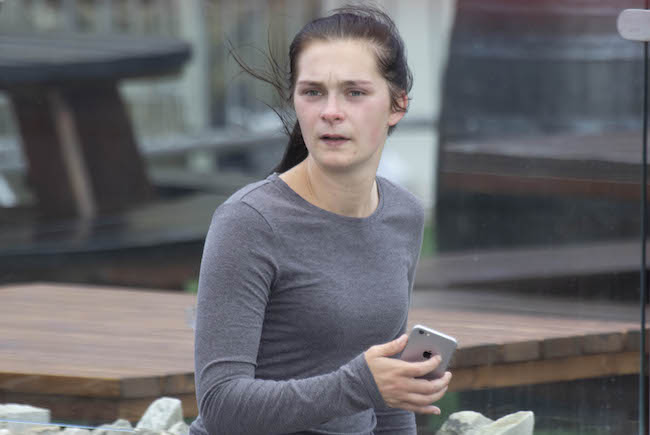 An 82-year-old woman who had almost €27,000 stolen from her bank account suspected everyone of the theft including her children and even grandchildren.

Brid Murphy had her entire life savings stolen from her when the money was gradually withdrawn from her bank account with Bank of Ireland in Buncrana.

A 24-year-old mother-of-three who befriended the elderly woman has now pleaded guilty to a number of sample theft charges.

Shaw, with an address at Kingscourt in Cavan, and another woman had befriended Ms Murphy and was given her bank card to do some shopping for her.

However, when Ms Murphy received her six-monthly bank statement she became aware that a huge sum of money was missing from her account and notified Gardai.

Gardai launched an investigation and downloaded CCTV footage from the bank from February and March in 2015.

A woman in her 20s was observed in the footage withdrawing money on a regular basis at times that matched the withdrawals of Ms Murphy money.

Garda Caroline Whelan lived on the same housing estate as the accused and noticed that she was friendly with the victim and she was arrested on suspicion of the thefts.

Shaw initially denied the thefts and said she was using her own card.

She then claimed that her friend gave her the card and asked her to withdraw the sums of cash but did not know the card was stolen.

However, she later admitted her part in the deception.

Ms Murphy’s daughter Ruth Jackson spoke on her mother’s behalf and told of the devastation the theft had brought to her mother and their entire family.

She told how her mother is still of sound mind but that she could not face coming to court because her pride kept her away.

Ms Murphy worked in the ESB and was then an office manager in a legal firm after her husband Frankie died aged just 51.

Her daughter fought back tears as she told how her mother fought through disabilities to ensure all her children were given a third level education.

However, since her account and her life savings were taken, Ms Murphy no longer trusts anyone, according to her daughter.

She referred to one occasion when just €4.04 was left in her mother’s account because the thief had taken the €250 of her old age pension money which had just been lodged.

Terrified Ms Murphy now locks all the doors in her home, has become a virtual recluse despite previously always being out in the town and even takes her handbag to the toilet with her.

Ms Jackson added “She lives with suspicion of everyone including her whole family which is a tragedy.”

She also added how Bank of Ireland had refused to reimburse her mother for the money which was stolen from her account.

Barrister for the accused, Ms Catherine Taffe outlined Shaw’s upbringing and how her mother and father split up when she was young and her mother had brought her children to live in Donegal from Glasgow.

She went back to Glasgow to try to reunite with her father but that did not end well.

She became dependant on alcohol and also suffers from ADHD, a personality disorder and dyslexia.

“Nothing we can say will minimise the impact this has had on the elderly victim and her family,” said Ms Taffe.

She said her client, who wants to train to become a nurse, was hugely upset and the tears she cried in the courtroom were not “crocodile tears.”

Judge John Aylmer said he wanted time to consider the reports and adjourned the sentencing until Friday.