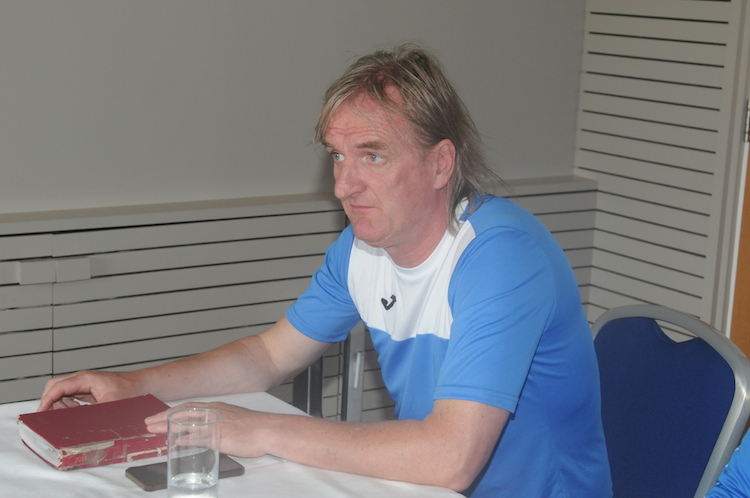 Listen: Ollie Horgan insists Finn Harps must be ‘on top of our game’ for derby

Finn Harps manager Ollie Horgan has warned that his side could be in for a ‘long night’ if Derry City are on fire on Friday night.

European-spot chasers Derry have beaten relegation-threatened Harps twice in the Premier Division, 3-2 and 4-0, this season already.

On Sunday, Harps lifted off the bottom of the table without playing when UCD were hammered 7-0 by Shamrock Rovers.

“UCD haven’t gone away, nor will they,” Horgan said.

“We have to be at the top of our game on Friday. We need Derry City to not be firing on all cylinders. If they do it could be a long night for us.

“We just delighted to be paying them and we hope people come out and support us.”

A Mikey Place goal from a penalty last Friday earned Harps a 1-0 win in Waterford that was their first away victory of 2019.

Horgan said: “It was a very good result. We ran our luck at times, but thankfully the luck went our way.”

Horgan is without Mark Coyle and Nathan Boyle for Friday’s derby and for ‘a number of weeks’ through injury.

However, the Harps boss says that new signing Joshua Smith could feature.