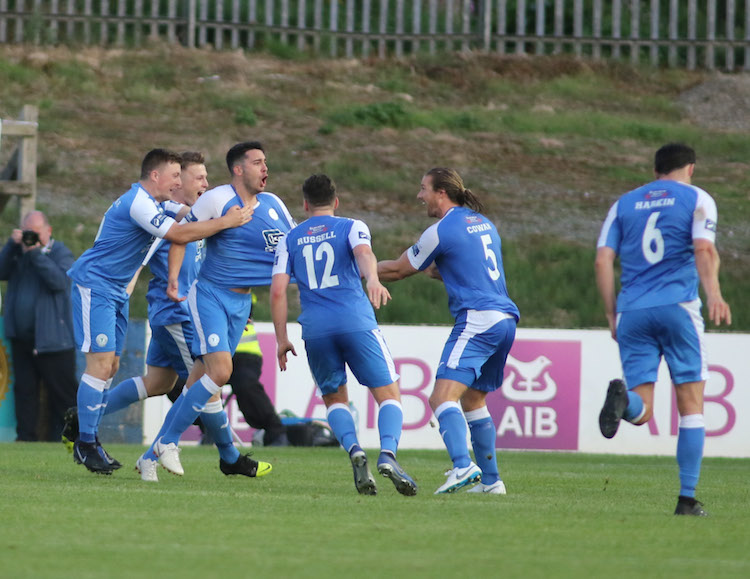 Ascroft’s winner (pictured by Joe Boland, North West News Pix) in the 66th minute earned Harps what was only their fourth ever League win over the Candystripes.

Ascroft’s goal – heading home from a deep, long throw-in by Tony McNamee at the River End – means that Harps are three points clear of UCD in the battle to avoid the drop.

“It feels amazing to sore in a derby against the rivals,” Ascroft told Donegal Daily/Donegal Sport Hub after the game.

“I saw it a bit late, but when I saw it dropping, I thought: ‘I have a chance here’. I was buzzing to be honest. It’s been frustrating for me, but it’s a massive relief.”

Ascroft has had a injury-plagued season, but has finally made a huge mark on Harps fans.

He said: “I’ve been out for a while, so I’ve been trying to get my feet on the ground. If the gaffer puts me anywhere, I’ll try to do a job

“We dug deep, we fought hard, we kept the shape and our discipline. It wasn’t the prettiest of games but we were organised and didn’t let them break us down.”