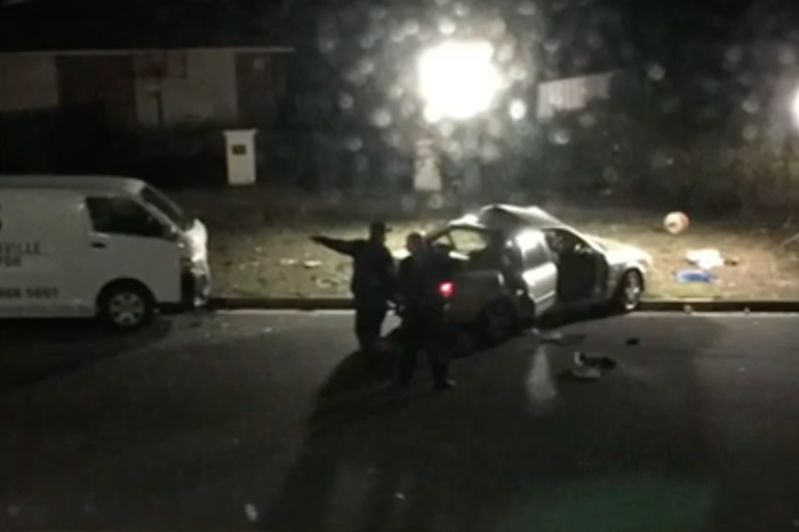 Australian police are searching for two young Donegal men after a crash in which two young men were seriously injured.

The crash happened in the Sydney suburb of Chifley.

CCTV footage shows the driver of the car jumping out of the wreckage, surveying the scene before fleeing on foot.

One of his passengers also fled on foot a short time later.

Emergency services including police and ambulance personnel arrived on the scene a short time later.

It took the rescue services more than an hour to free the two men following the crash in the early hours of Saturday morning last.

One of the men, a 25-year-old was left unconscious having suffered serious injuries.

He was taken to St George’s Hospital where he is in a critical but stable condition.

The other trapped passenger, a 27-year-old man, was taken to the Royal Prince Alfred Hospital where he is in a serious but stable condition.

New South Wales police said their investigaitons are continuing to identify and locate the driver and the passenger.

Donegal Daily understands the men injure din the crash are Irish and are from Donegal.

It is understood their relatives have been informed of the incident.