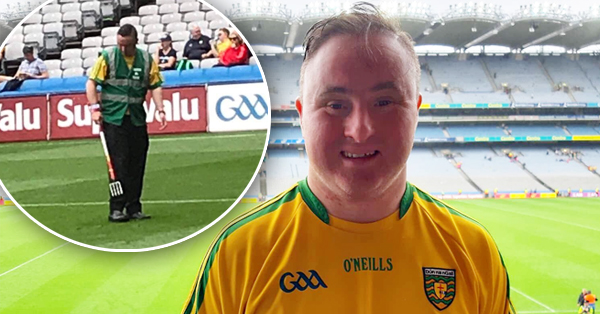 It was a dream come true for Shaun Bradley when he was called to be a grounds man at Donegal’s last match in Croke Park.

The Letterkenny man jumped at the chance to volunteer at the Donegal v Kerry clash as part of the Croke Park Inclusion Day on Sunday 21st July.

Shaun, who is a member of the Donegal Down Syndrome branch, helped to keep the pitch in good order between the two quarter-finals of the day.

“It was an enjoyable and a good experience,” Shaun told Donegal Daily.

“I was a thing I always wanted to do.”

Shaun proudly sported his Donegal jersey underneath his groundsman bib, and says it was a brilliant opportunity to carry out the role for his county.

“It was an absolute honour, going all the way from Donegal to be there. Being on the pitch was amazing. It blew me away,” he said. 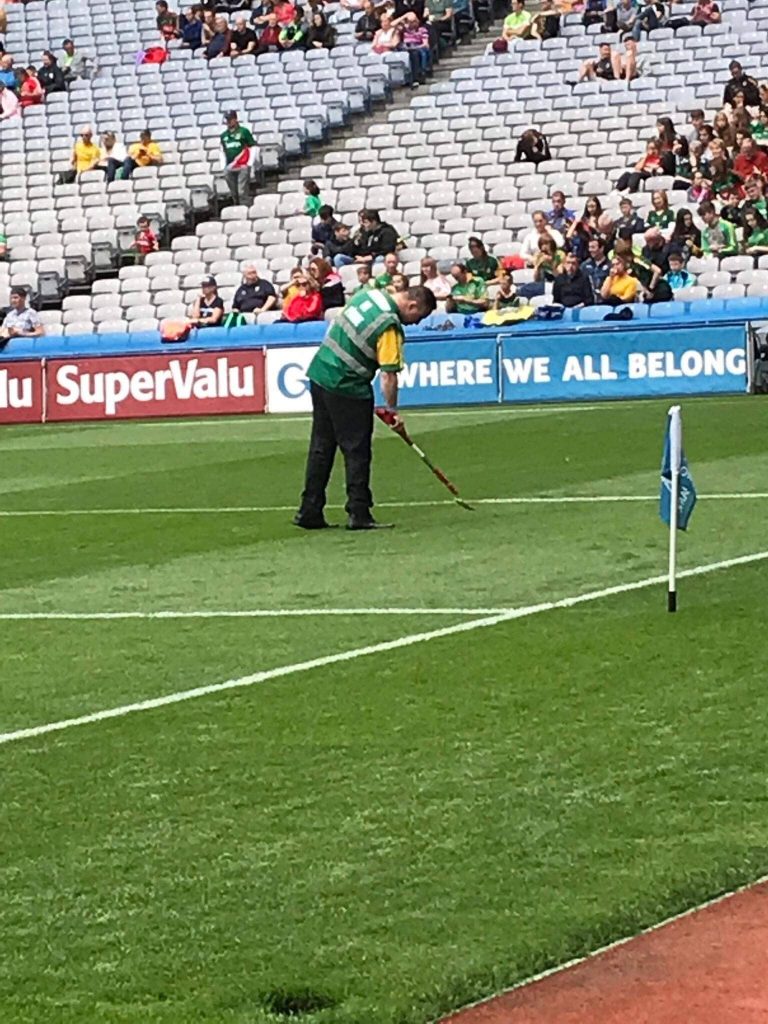 Shaun was one of four groundskeepers from Down Syndrome Ireland who were invited by the GAA for the once in a lifetime experience. The inclusion day was an opportunity for young adults with Down Syndrome to gain experience and to showcase their ability.

For Shaun, it was also a great way to catch an unparalleled view of the games.

“Both the Mayo v Meath and Donegal v Kerry games were very good. We were very close to winning our game. It was a really tough, nail-biting match to watch,” he said. 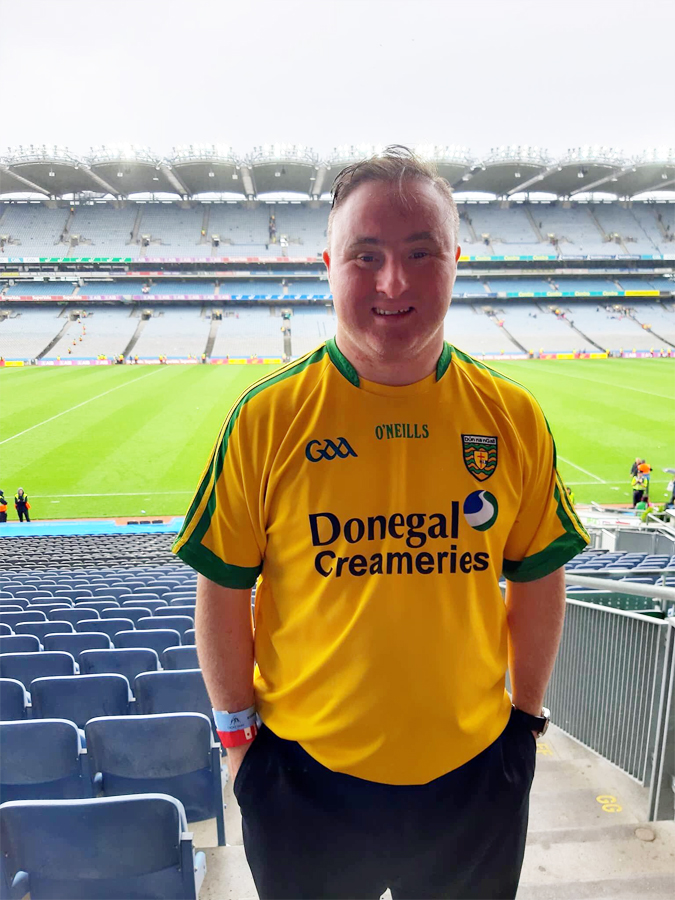 When asked for his prediction for Donegal v Mayo on Saturday, Shaun said: “I don’t know, I’ll be honest, I think we might finish the job. We didn’t get a chance to win our game against Kerry so I think we’ll try to beat Mayo now.