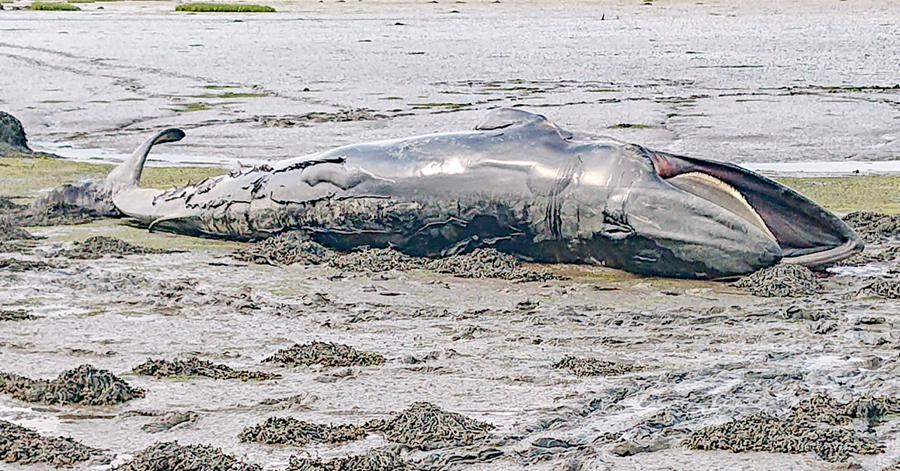 A huge dead whale has been found beached near Ramelton this week.

The carcass was discovered near Aughnish and is thought to have been there since Tuesday.

It is believed that the whale may be a sperm whale, as locals report that it bears similar features to the whale that washed up on Magheraroarty Beach in March this year. The sperm whale is one of the largest marine creatures in the world and is the world’s largest toothed predator.

A spokesperson for the Irish Whale and Dolphin Group said that a study has not yet been carried out on the whale to determine the species or cause of death. The stranding may also be investigated by the National Parks and Wildlife Service.

Locals have been travelling out to see the creature today but are unable to go near the site as the whale is beached on unsafe ground.