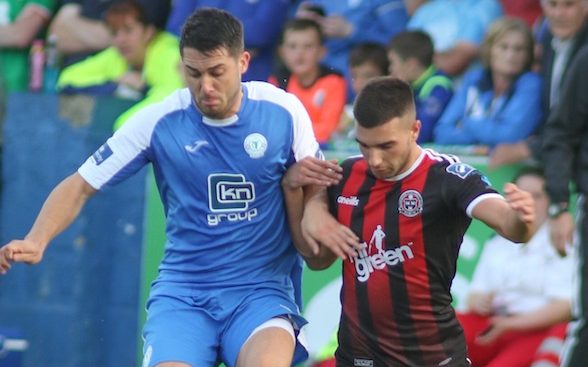 HARRY ASCROFT is rapidly becoming a hero around Finn Park – and the Australian is happy to repay the faith.

After a troubled first half of the season, which was a write-off due to injury for the Australian, Ascroft has netted winners for Harps in each of their last two games.

After bagging the only goal of the game last week against Derry City, Ascroft repeated the trick last night with a stunning strike in a 1-0 win over Bohemians.

“Happy days to get the three points and obviously another goal is a nice cherry on top,” Ascroft told Donegal Daily/Donegal Sport Hub.

“I just remember being at the top of the box, the ball bounced nice, I struck it and it went in.”

Ascroft said:  “It gives us a little bit of breathing space, but we know that results can go any way in this League.

“We were very disciplined and we kept our shape. It mightn’t have been the prettiest of games, but we’ll take the three points and move on. When you’re in a relegation dogfight, it’s all about the three points.”