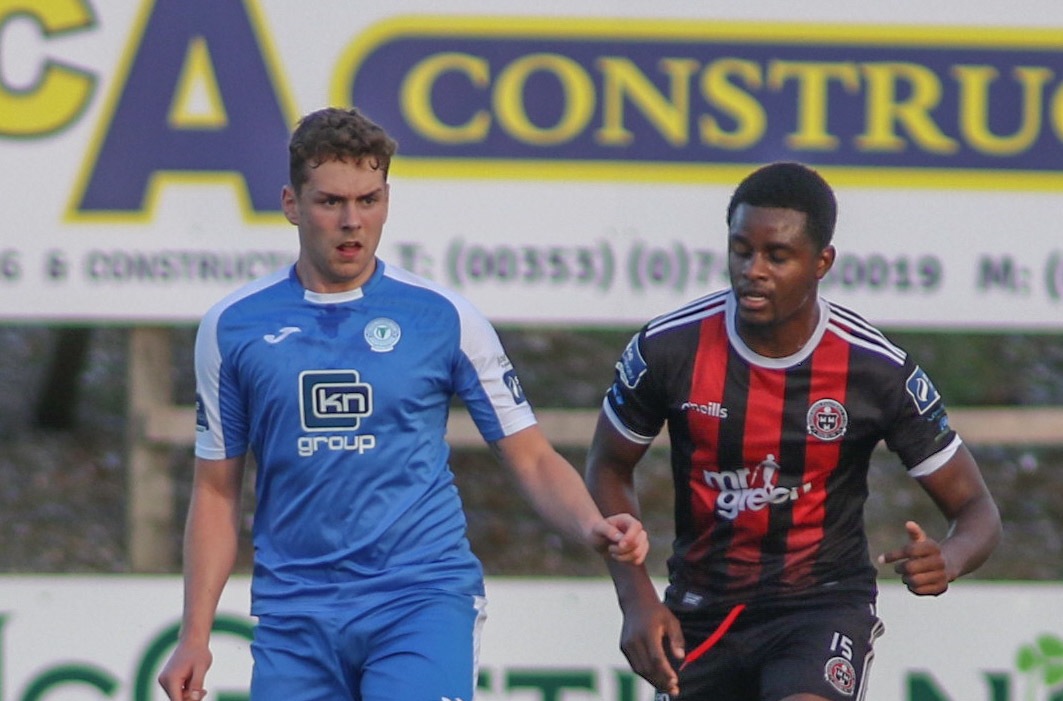 Listen: Consistency the key for Mark Russell and Finn Harps

MARK RUSSELL is buzzing with his role at Finn Harps at the moment – and the left wing-back wants to keep the good run going.

Russell (pictured by Joe Boland, North West News Pix) has excelled as Harps have claimed 13 points from a possible 18 in their last six games.

Last night, they kept a clean sheet – their fifth shut-out in that spell – as Harry Ascroft netted in a 1-0 win over Bohemians.

“We all know as a defensive unit, if we get a clean sheet we’ve got a chance of winning the game,” Russell told Donegal Daily/Donegal Sport Hub.

“It’s the same back five that has played the last three games. That helps us as a unit and that shows in the clean sheets.”

The Scot has become an integral part of Harps’ system playing on the left-hand side of Ollie Horgan’s team that shifts between a 3-5-2 and a 5-3-2 with and without the ball.

Russell said: “It’s a role that I played in Scotland. I’m adapting well to it here. I’m enjoying it and I have Sam (Todd) behind me. He’s a great player.

“We just focus on us and doing as well as we can because the rest of the results take care of themselves. We just need to keep going now and take it from the next game.”