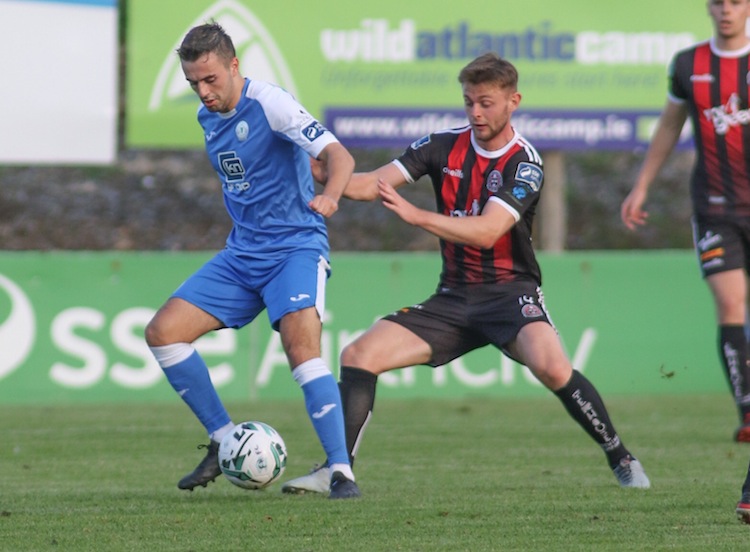 OLLIE HORGAN insists that Finn Harps must stay grounded and focussed after their third win in a row last night.

Harry Ascroft’s goal after just eight minutes fired Harps to a 1-0 win over Bohemians at Finn Park, lifting them six points ahead of relegation rivals UCD.

“Had we lost, it would be doom and and gloom again, but it’s not and it’s not high fives either – it’s somewhere in the middle of that,” Horgan told Donegal Daily/Donegal Sport Hub after the game.

“We’re trying to get a play-off spot, which would be a great achievement if we got it.

“We ran our luck a little bit, although we deserved tonight.

“We probably shaded it and contained Bohs. The first goal is crucial and I say that week in, week out.”

Harps have certainly turned the corner with 13 points from a possible 18 in their last six games. In the same period, goalkeeper Mark Anthony McGinley has kept five clean sheets.

Horgan said: “It’s not that we’ve had any dramatic turnaround of players, maybe a little bit of the rub of the green has gone our way.

“It was all doom and gloom three or four weeks ago up in Belfield. We were all packing it in and going and now we’re all great guys.”