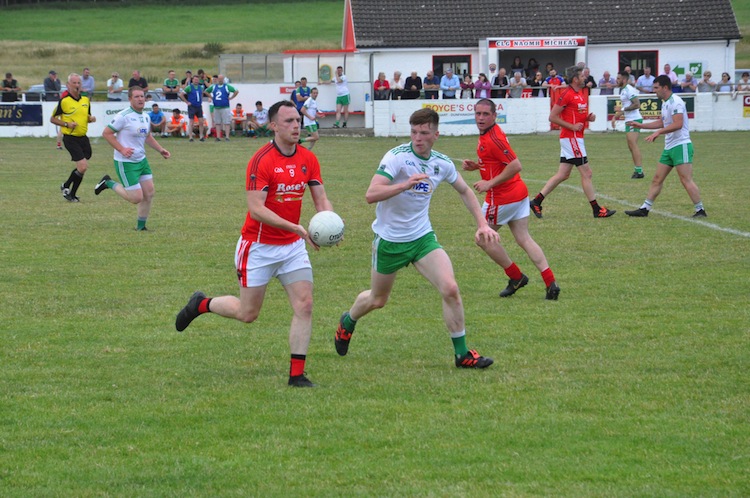 Vital win for St.Michaels over MacCumhaills .

St. Michaels made it two wins from two for the weekend when they followed up Friday night’s victory over Bundoran with this impressive win over fellow strugglers MacCumhaills at The Bridge.

By Charlie Collins at The Bridge. Pictures by Moses Alcorn

These results leave them two points ahead of MacCumhaills and level on points with Bundoran , who they beat on Friday and who lost to Glenswilly today.

With away games in Cloughaneely and Milford plus a home clash with Glenswilly to come, Gary O’Neill’s team know they still have a bit to do to secure their Division status.

Colm Anthony McFadden gave St.Michaels the lead from a free in the 7th minute after he was fouled himself but Aaron Gillooly replied immediately from play for the visitors.

The home side had most of the possession in the opening quarter but found the MacCumhaill’s defense hard to break down. 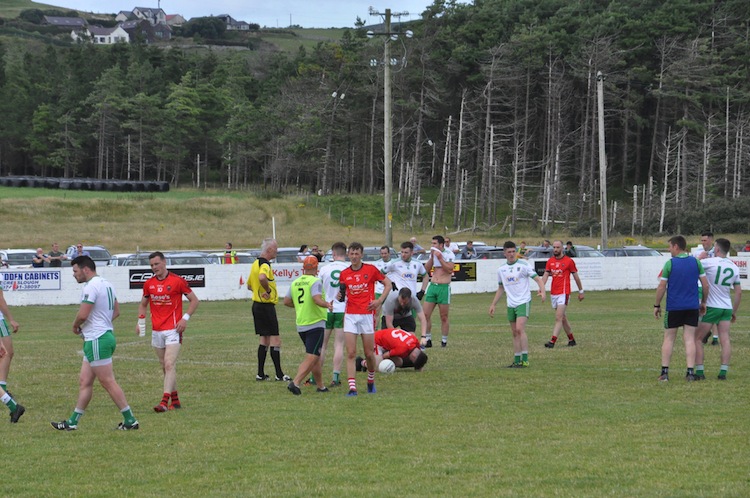 McFadden converted a super effort from a sideline ball and Christy Toye pointed from play to make it 0-3 to 0-1 after 22 minutes.

Andrew Kelly’s free and another Toye score from play left the home team four ahead in the 26th minute but Padraic Patton from play and Darren O Leary’s free reduced that to two points as we entered injury-time.

There was still time for Christy Toye to kick his third point from play and for O Leary to reply with his second free to leave it 0-6 to 0-4 at the break and still all to play for.

The visitors made two changes for the start of the second-half, bringing in both Brian Lafferty and Nathan Gavigan and it proved a good move when Lafferty blasted to the home net following a good build-up involving Gary Wilson, Chris Gallen and Darren O’Leary who provided the final pass to Lafferty and MacCumhaills led for the first time.

Nathan Gavigan had a great goal chance but his shot was going wide before Darren O’Leary dived to palm it goalward, but just outside the post.

Edward O Reilly and Darren O Leary exchanged frees but then St.Michaels took control with a string of good scores.

Daniel McLaughlin and Michael Cannon pointed and Andrew Kelly slotted to the net after latching onto a long ball in to make it 1-12 to 1-6. Darren O Leary had slotted over two frees in between. 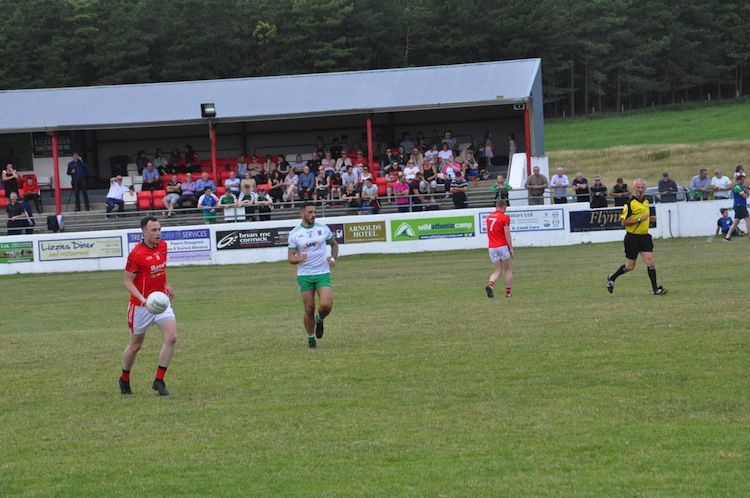 A flare-up late in the game which a number of players from both teams unnecessarily became involved in resulted in Referee Jimmy White giving straight red cards to St.Michaels Colin McFadden and MacCumhaills Joe Dunnion in what was otherwise a well contested but mainly sporting encounter .