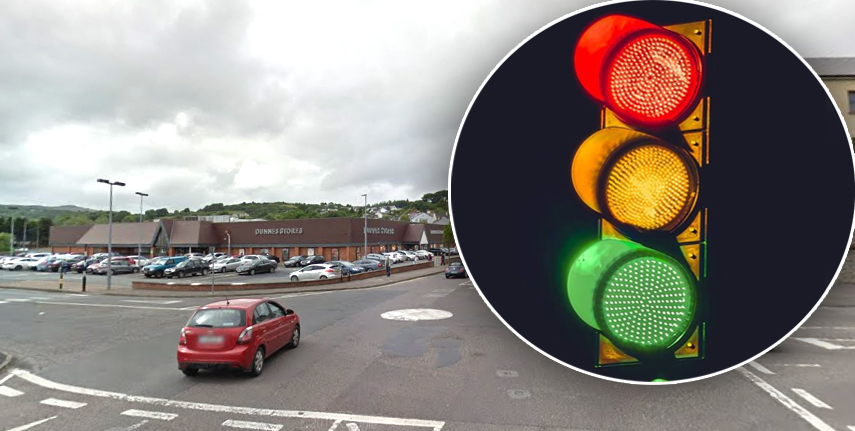 A one-way traffic system will be put into place on the Old Town Road of Letterkenny this Tuesday in the next phase of roadworks by Irish Water.

Motorists will be facing more delays as four sets of traffic lights will be operating in the area around the Old Dunnes Stores due to restrictions.

This next phase of Irish Water works will last for four weeks.

The majority of the works, which are part of the Letterkenny Sewerage Scheme, will be carried out at the mini roundabout at the Old Dunnes.

Traffic will be restricted to a one way system in that area and will be managed by four sets of traffic lights:

Gardaí issued a traffic notice to the public this week, adding that they will be assisting the Traffic Management Company with the traffic flow.

Gardaí said: “Slight delays in traffic flow may be expected while these works are being carried out. Please obey all directions given by the Traffic Management staff and Gardaí.

“The area will be monitored by Gardaí and any breaches of Road traffic legislation/non compliance with the traffic light system will be dealt with by Gardaí accordingly.”

Four sets of traffic lights for Old Town in next phase of Letterkenny roadworks was last modified: August 8th, 2019 by Rachel McLaughlin