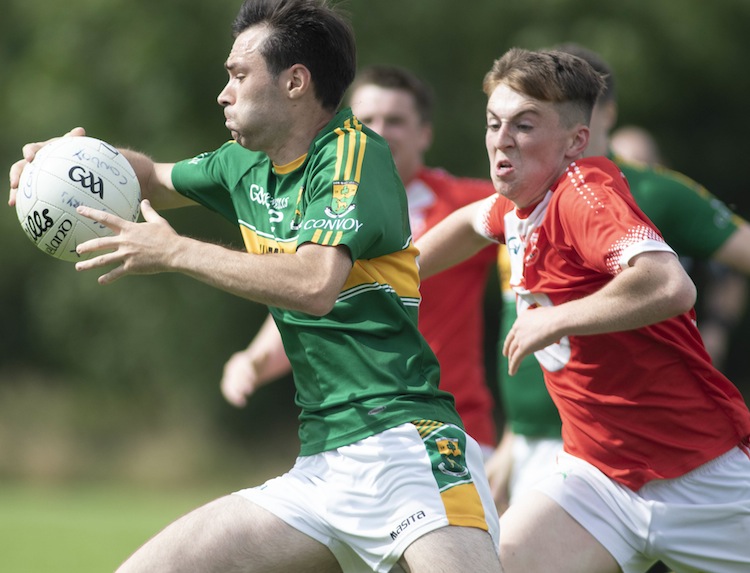 Naomh Colmcille had to forego home advantage in their adult gams over the last 12 weeks.

In the intervening period, Dougie Corbett stepped down as the Naomh Colmcille manager with the reigns now in the hands of Joe Donaghy.

Goals from Reece Duncan and Hugh O’Donnell fired them to a much-needed 2-10 to 1-11 derby win yesterday.

Duncan had them level 1-3 to 0-6 at half-time, but Naomh Colmcille tagged on 1-5 after the break before St Mary’s registered again. 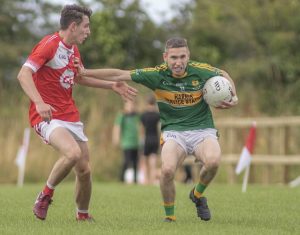 Naomh Colmcille did enough to get a previous win in their bid to avoid the drop while defeat puts a dent in the promotion hopes of St Mary’s.

The Naomh Colmcille club was in the headlines after being charged with staging ‘an unauthorised tournament’ at Pairc Colmcille in February.

A fundraising tournament – organised by an external committee – was held in aid of Paul Dillon, a former player and coach at the club, who has been diagnosed with Motor Neurone Disease. 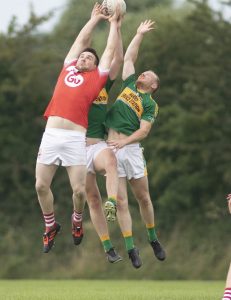 Initially, an eight-week club suspension was put forward by the Donegal GAA Management Committee. That ruling was appealed to the Donegal Hearings Committee, whose proposal of foregoing home advantage, along with a €500 fine, was accepted by the club.

Elsewhere in Division 3 at the weekend, Downings continued their fine recent form with a 0-15 to 1-7 win against Naomh Ultan. While Dermot Gallier goaled for Naomh Ultan, Downings had fine displays by Lorcan Connor, Danny McBride and Ronan Gallagher.