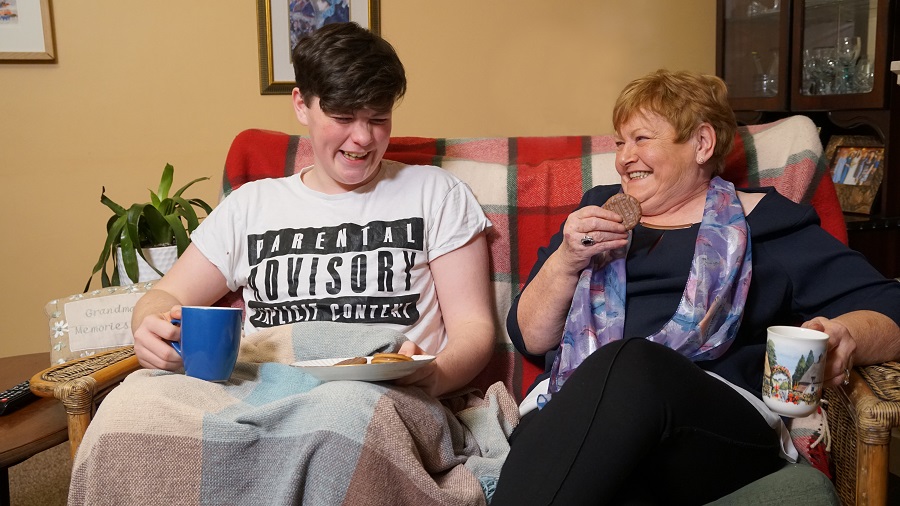 The producers of Virgin Media Television’s ‘Gogglebox Ireland’ are hosting an open casting in Ballyshannon today (Tuesday) to meet potential stars of the next series.

You’ll have to be quick if you want to seize the chance to be on camera – as the meetings close in the Abbey Arts Centre foyer at 5pm.

Any Donegal family group (max. four members) that wants to be interviewed is free to go down today and no appointment is necessary. All they’ll have to do is have a chat on camera.

The producers are also interested in meeting New Irish families who have recently (or not so recently) arrived from other countries.

Gogglebox Ireland will be returning to TV screens this Autumn for more gasps, giggles and plenty of opinions as TV lovers reveal exactly what they think about the week’s telly.

David Noble, Series Producer of Gogglebox Ireland, said: “This show has proved that there’s nowhere quite like an Irish living room when the telly is on, and we’re on the hunt for a family with plenty to say about what they watch.

“Whether it’s fathers and sons, brothers and sisters or even Mammies and Grannies, we’re looking to hear from likeable, smart and funny families to invite us around to their house and tell us what they think of what’s on the box.”

So if you, or someone you know, have plenty to say about the shows you love to watch, then get in touch at casting@kiteentertainment.com – and the next stars of Gogglebox Ireland could be from Donegal!

Dating show on the hunt for young...

‘Funder for Down Under’ concert to help...

Enjoy an unforgettable night of music with...

Oíche Ghaelach to be the occasion of...