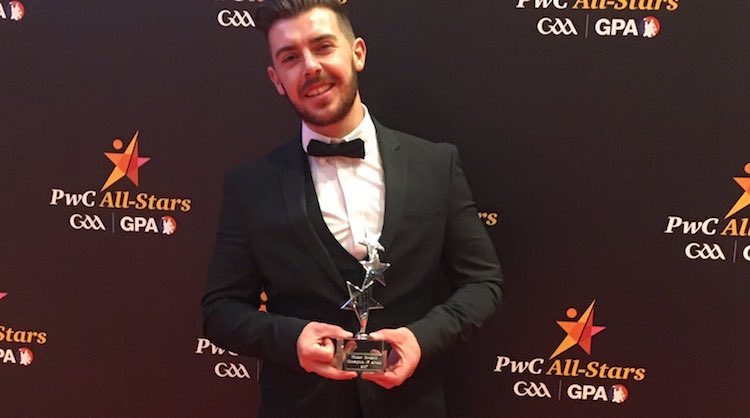 Davin Flynn (pictured) starred with 2-3 as Setanta surged away from The Scarvey men, with Mark Devine also landing a brace for Paul Campbell’s men.

Setanta had racked up an 11-point lead after the first-half, although a second-half goal by Dylan Duffy did give Buncrana some cheer.

With Campbell, Flynn, Richard Kee and Danny Cullen on target, Setanta were in command and they took a real charges when Flynn riffled beyond Tom Clare, the Buncrana goalkeeper, for a ninth-minute goal.

Jack O’Loughlin’s frees kept Buncrana ticking, but Mark Devine blasted home after Flynn’s initial shot was blocked. That goal, in the 24th minute, extinguished any hopes of a Buncrana fightback.

At the break, with Bernard Lafferty and Campbell adding points, Setanta were 2-12 to 0-7 in front.

Just four minutes into the second half, Devine drilled home after being set up by a magnificent Flynn pass.

Buncrana got a goal a minute later when Dylan Duffy cut in front the right and brilliantly shot past Ciarán Bellew.

Niall Doherty almost had a second goal for the Inishowen men, but he cracked a powerful effort against the post.

Two minutes from the end, Flynn added a fourth goal for the Crossroads men, finishing to the net after a solo run.