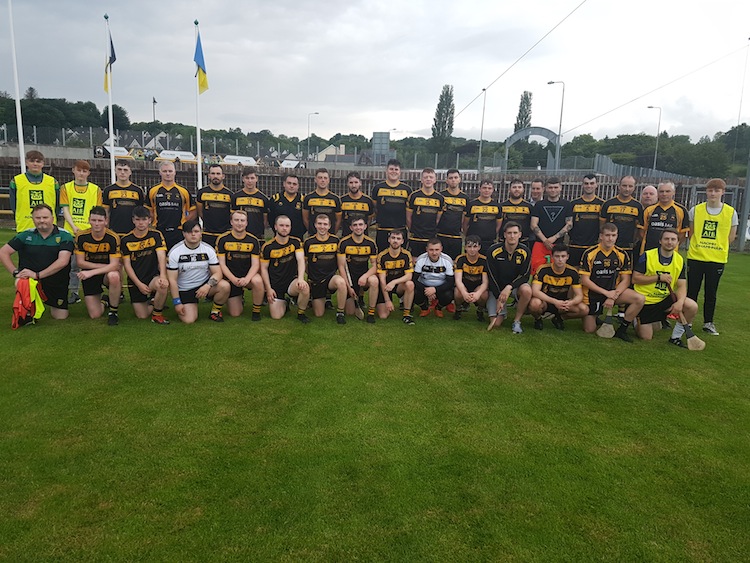 St Eunan’s had been behind all evening until that moment when Kealy struck goal.

MacCumhaills led by the minimum at half-time, but Sean McVeigh – who had a penalty saved by Dylan Lafferty late in the first half – struck twice and Kealy another as Eunan’s inched back.

The decisive score came when sub James Hartnett forced an error from the MacCumhaills rearguard. The ball was worked across to Kealy, who made no mistake with a cracking finish.

MacCumhaills sent on young Donegal football ace Oisin Gallen at half-time, but it wasn’t enough to inspire a win for the Finnsiders.

O’Grady hit four of St Eunan’s five first-half points, with Ryan Hilferty on the mark with the other.

Seven minutes before half-time, MacCumhaills broke clear and veteran attacker Paddy Hannigan rose high to fetch a drive into the danger area. Hannigan turned and slammed to the net from an acute angle.

In added time at the end of the first half, the experienced Eugene Organ was fouled and St Eunan’s awarded a penalty. However, McVeigh’s effort was brilliantly saved by MacCumhaills ‘keeper Laverty.

That save preserved the MacCumhaills advantage with the Twin Towns men 1-3 to 0-5 ahead.

Soon, though, the pendulum would change and it’s St Eunan’s who move in to meet Setanta in the final.