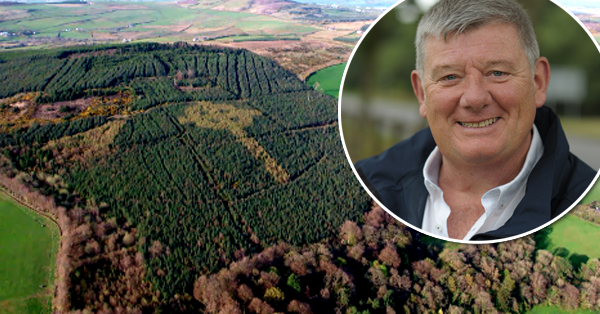 An iconic piece of Donegal landscape was highlighted in a special feature on Creedon’s Atlas of Ireland last night.

The new RTE travel series, presented by John Creedon, took to the skies over Donegal to view the Celtic Cross tree formation in Killea.

The 200m-long cross was planted by local forester Liam Emery, who sadly died before he could see the marvel that he had created.

The cross is a visual treat for people flying over the land, as Liam had carefully planted larch trees among evergreen Sitka spruce over a two acre area. The larch turns yellow in autumn, revealing a perfect Celtic Cross shape. 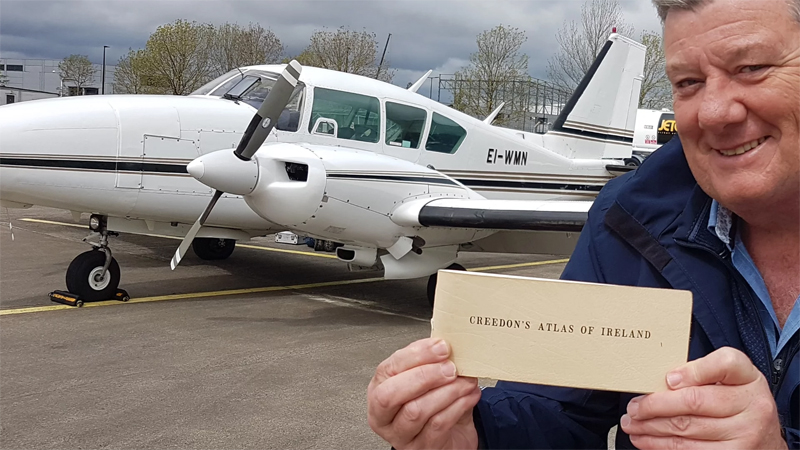 They shared some loving tributes to Liam’s dedication to his work. They also expressed their sadness over Liam’s passing, which was as a result of an injury sustained from a kayaking accident, and how did not live to see his plantation come to fruition.

“It was tough to take, but it’s nice when you’re driving out this road getting to look at what he left behind,” Declan said. 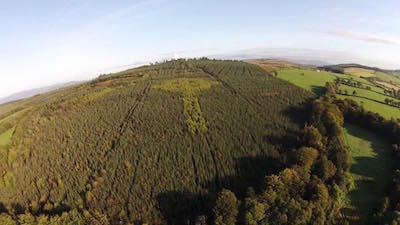 The Celtic Cross planted into the landscape between Killea and Manor. Picture by Darren Sheaffer.

Creedon’s Atlas of Ireland is themed on the study of Irish placenames, and the feature on Donegal concluded with a look at the meaning of Killea.

While the village name translates to Cill Fhéich (Fiach’s Church), John Creedon related the meaning of ‘Kill’ to the words for forest (coill) and for church (cill) to say that the name is a fitting tribute to the spirit of the forest and the spirit of the late Mr Emery.