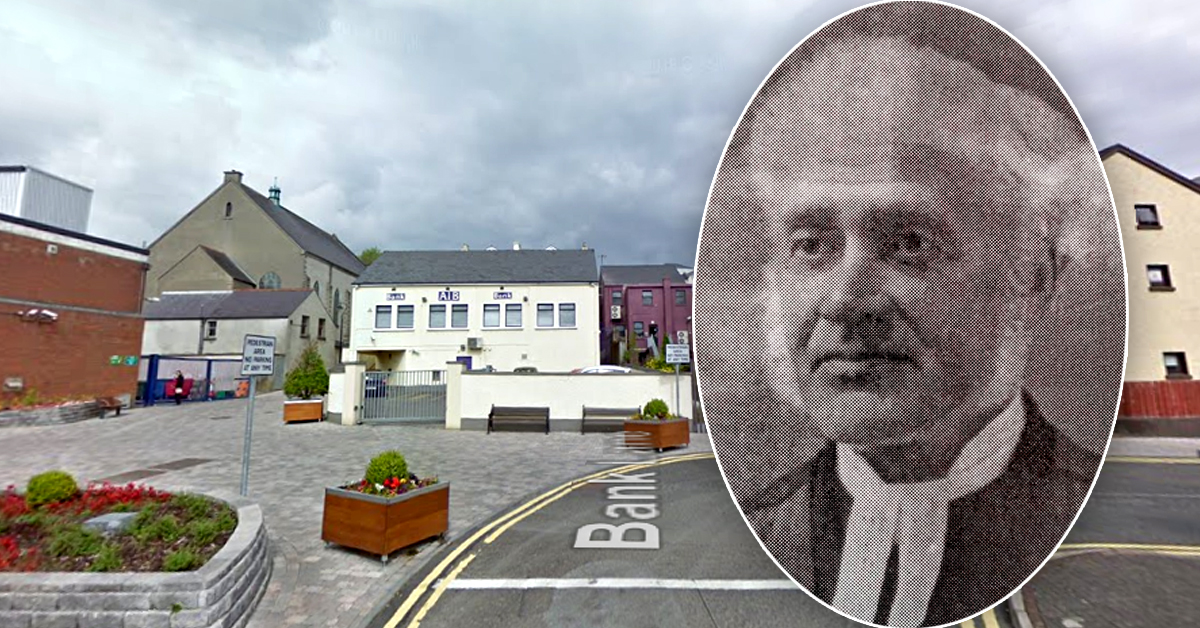 The Bank Lane in Letterkenny has been formally renamed in recognition of an important historical figure, former minister and MP John Kinnear.

The newly named Kinnear Lane is located off Main Street behind AIB bank.

The renaming of the area was proposed to the council by Cllr Jimmy Kavanagh two years ago. He has warmly welcomed the completion of the project this week and thanked the Letterkenny Historical Society for bringing the suggestion to his attention.

“I want to thank the council for erecting the sign. It’s good to have the recognition for Dr Kinnear, he made a huge contribution to Letterkenny,” Cllr Kavanagh said.

John Kinnear (1824 – 1909) was born in Tyrone but lived most of his life in Letterkenny. He was ordained a Presbyterian minister in 1848 and was the first clergyman to be elected as an MP.

He served as a Liberal MP for Donegal from 1880 to 1885 and was a noted Tenants Rights campaigner.

“He had an amazing life,” said Cllr Kavanagh, “He was a clergyman, he was an MP, elected on Tenants Rights. He was really standing up for the poorest people.

“He had a very tragic life too. He lost all his three daughters to consumption and his wife died very young. He is buried at Conwal Parish Church.”

The new signage is also set to benefit the Letterkenny Walking Tours, as the area is one of their stopping points.