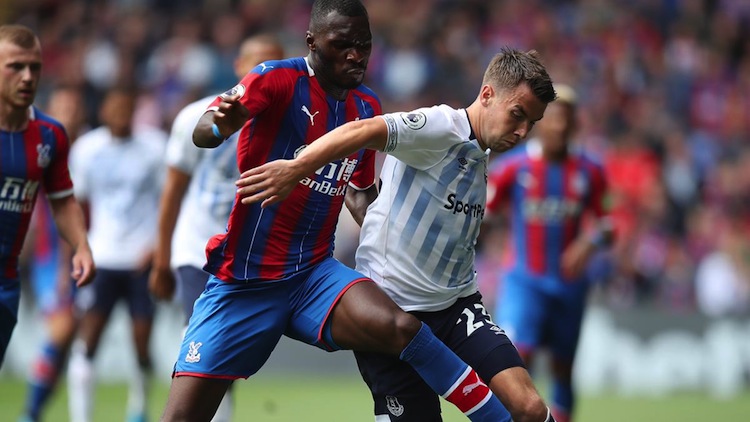 SEAMUS COLEMAN is dreaming of leading Everton to some silverware this season after being confirmed as the club’s new captain.

The Killybegs man was named as captain for the 2019/20 season by Marco Silva before Saturday’s 0-0 draw with Crystal Palace at Selhurst Park.

Coleman has made 290 appearances for the Toffees since joining from Sligo Rovers ten years ago.

“I came to the Club a long time ago and just wanted to get in the team, so I am very proud to be captain,” Coleman said.

“And wouldn’t it be great to win something at Everton – being captain, it would be that extra bit special.

“The manager spoke to us this week and announced the captaincy decision; it was a very proud moment for me, a reward for all the hard work over the years.

He is also the Republic of Ireland’s skipper.

He said: “I am delighted. To be Everton captain is an amazing feeling.

“But without talking it down, the captaincy doesn’t change who I am or what I do.

“The armband is a nice touch but it won’t change how I go about my day-to-day business.”

Everton launch their Goodison Park campaign against Watford on Saturday – returning home for the first time since Coleman finished last season by scoring and skippering the Blues to victory over Burnley.

“We always want to win and this weekend was no different,” added Coleman.

“We had a few chances – although Palace had some in the second half.

“Our objective is always to win – but if you cannot do that it is important to make sure you do not lose.

“We kept a clean sheet which is a positive and enables us to move forward.”