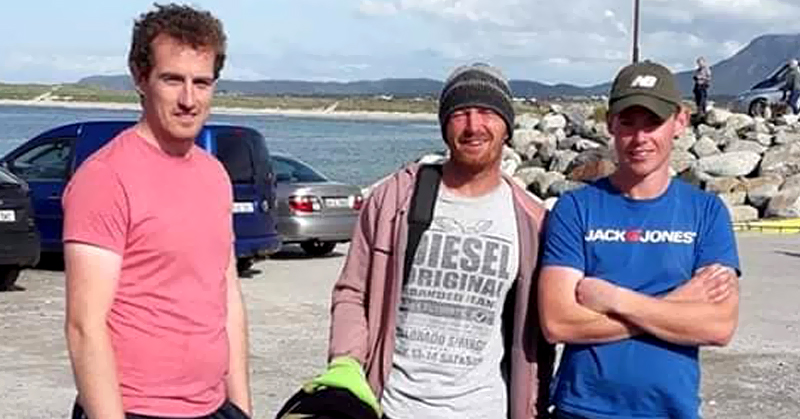 Three local men are being hailed as heroes for saving the lives of 11 students during the rescue at Magheroarty Beach.

Cousins Daniel Ferry, Eugene Ferry and Christopher Mc Garrigle rushed to help after 15 Gaeltacht students and staff were swept out by a riptide on Tuesday evening.

A tragedy was avoided thanks to the young fishermen, who used a surfboard to save 11 of the students from the water.

Christopher, who was home from Canada for the week, and his cousin Donal went out on a boat when the emergency signal came from Malin Head Coast Guard. Meanwhile, Eugene sped to the students’ aid on a surf boat. 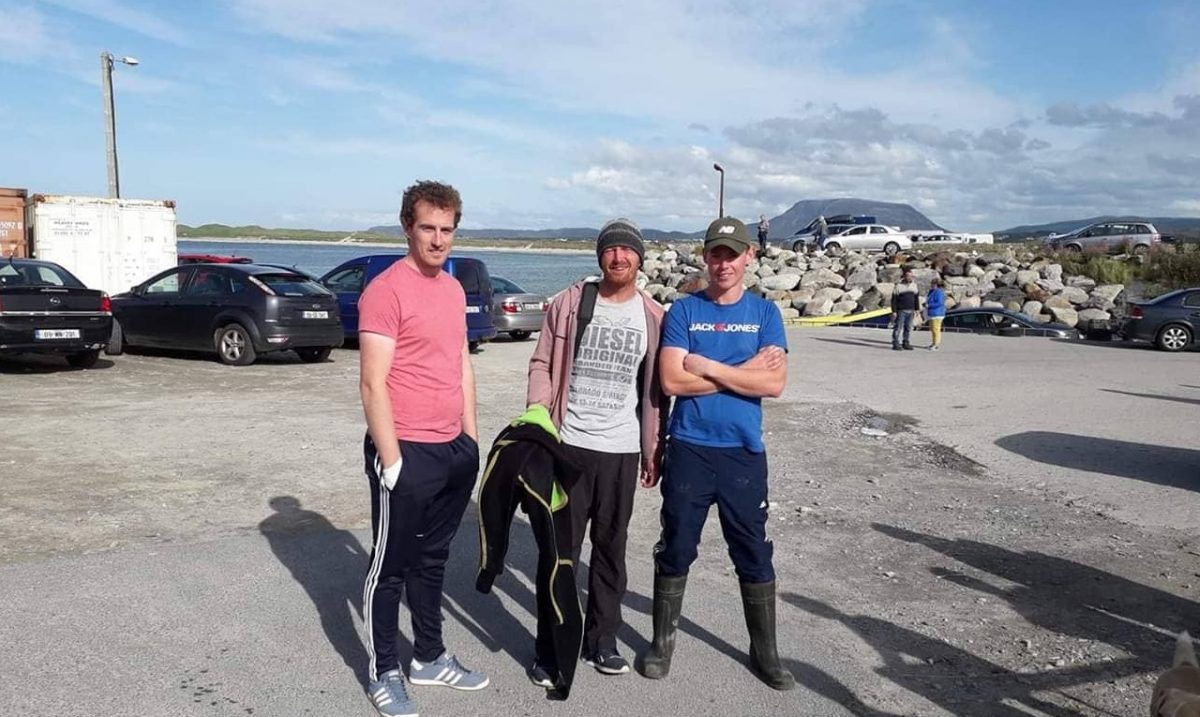 The swimmers had been in the water for some time as emergency services and the Rescue 118 helicopter scrambled to the scene.

“The quick actions of these local men undoubtedly saved lives,” said Anna Ni Fhearraigh, who was at Magheroarty after the emergency.

“Rescue services arrived on the scene very quickly after being contacted and did a fantastic job of transporting those rescued to Letterkenny for medical assessment.”

The students were all discharged from hospital on Tuesday night, while college principal Rory MacManus was kept in overnight for treatment for water ingestion. Mr MacManus was not part of the swimming group, but he had entered the water to help when the alarm was raised. He returned to work the following day.

Antoine Ó Coileáin, Chief Executive of Gael Linn, which runs the summer college, also paid tribute to the local heroes of the day.

Ó Coileáin visited the college in Machaire Rabhartaigh on Wednesday, where all students are back in class.

“I would like to pay tribute to the local boat men and surfers who successfully took the swimmers from the water. The assistance of the Irish Coastguard  and Rescue 118 is gratefully acknowledged. The college staff responded magnificently to the alarm and took the greatest care of students,” Mr Ó Coileáin said.

“The local community, particularly the mná tí, have given massive support to everyone affected by the dramatic rescue.

“We thank God that everything worked out so well,” Mr Ó Coileáin said.

This near-tragedy has sparked widespread calls for a lifeguard to be stationed at Magheroarty.

Daniel Ferry said: “There’s an urgent need for a lifeguard during the summer months.

“Thankfully a tragedy was avoided here, however it doesn’t deflect from the matter that a lifeguard is needed.”

Magheroarty Beach is not a life-guarded area as it is not a Blue Flag beach. However its popularity, particularly during Gaeltacht summer courses, has led members of the community to say that a lifeguard is vital.

“Does the colour of the flag suggest the importance of the people in the water?” Daniel said. 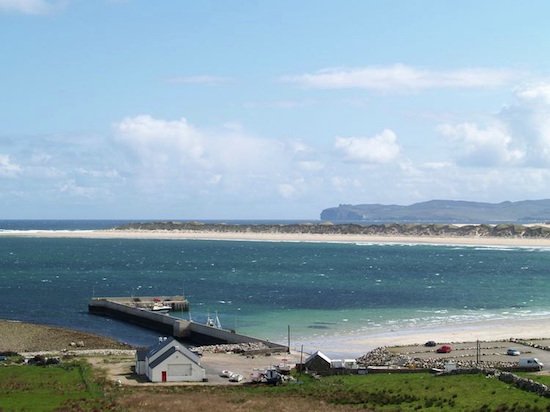 He said: “I believe that such a busy beach like Machaire Rabhartaigh, with all the students and all those that swim, should have a full-time lifeguard. The community has asked for this.”

Cllr Mac Giolla Easbuig is also raising questions over the emergency response on Tuesday. He is calling for an investigation into why the Mulroy Coast Guard was tasked to the scene instead of the local crew at Bunbeg.

“We know that minutes, if not seconds is a matter of life and death. To my understanding, the Bunbeg response time from launch would have been 15 minutes, from Mulroy it is half an hour. There is concern about why Bunbeg wasn’t called and I have asked for an investigation into why,” Cllr Mac Giolla Easbuig said.