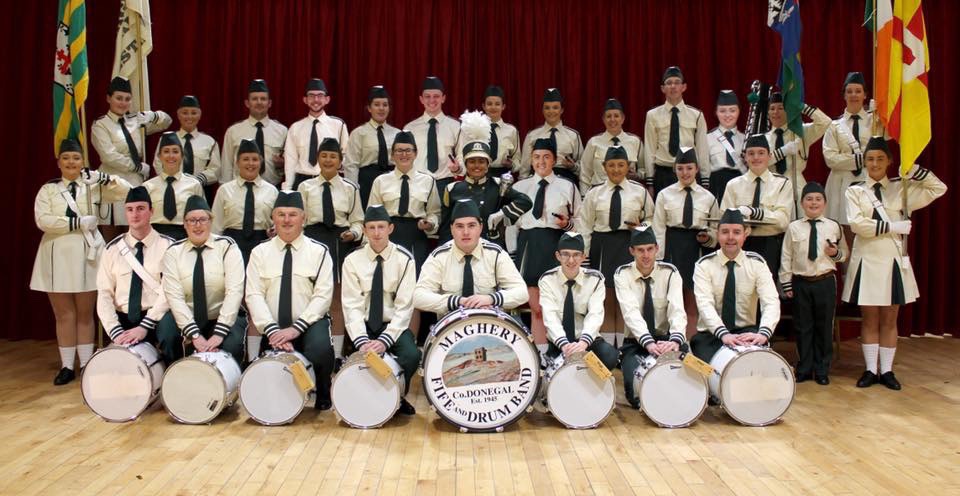 The Maghery Senior Band claimed their fifth All Ireland in a row yesterday in Drogheda’s Fleadh Cheoil an hEireann!

The senior competitors performed another winning routine for the Fleadh spectators and those watching live around the world.

The band’s routine was remarked as a ‘masterclass in the senior flute section’.

They paraded in the Fleadh’s official parade and then later performed before St. Laurences Gate as well as in the West Street area for Fleadh goers.

The band were then featured on Fleadh TV with presenter Doireann Ní Ghlacáin whose grandfather was one of the founding members of the Maghery Band in 1945.

They will be parading Main Street Dungloe at approx 7:45pm, with cavalcade to Maghery where they will cross the bridge at Roshine School and parade and perform their fifth All Ireland winning performance in Maghery.