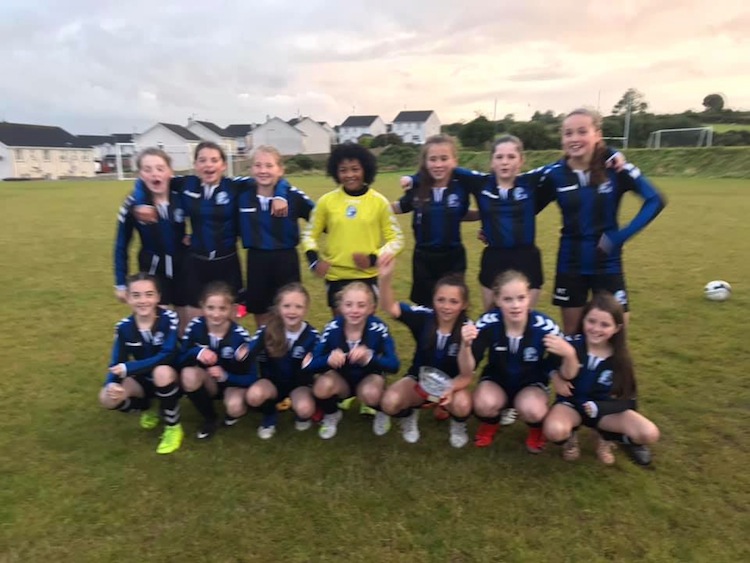 Tianna Hannigan was the hero of the hour as Raphoe Town Rapids won the Donegal Women’s League Under-12 Rosebowl final on Monday evening.

After a hard-fought game played at times in horrendous conditions, it took spot kicks to separate the teams.

Hannigan stepped up to score from 12 yards before turning around and saving the next penalty to win the silverware for her side.

Jessica Patton, Cara Eaton and Alicia McCullagh had early on for Raphoe, but after that Illistrin came more into the game.

Niamh Toye was commanding at the heart of the Raphoe defence though and with Daisy Leeper and Kelsey Parke in the full back spots early on, and Sienna Slevin in good form in goal, the visitors found it hard to make a breakthrough.

Cliodhna Kelly made a welcome return from injury for Raphoe, but couldn’t find a way past either and as Illistrin also pressed both defences held firm.

In the end it took penalties to decide what was a superbly contested game.