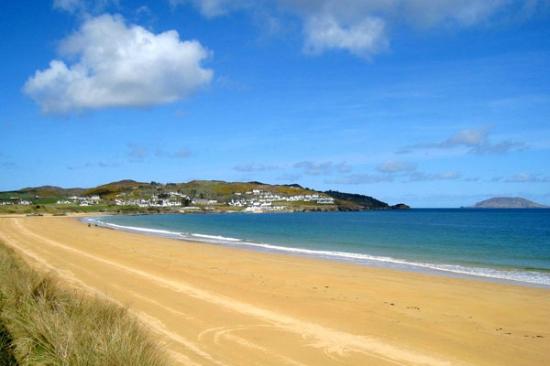 Women ‘living in fear’ at asylum seekers’ residence in Donegal

Concerns have been raised about the treatment of asylum seekers staying in emergency accommodation in Portsalon.

Approximately 11-12 women and children have been staying in a B&B residence in the seaside village for the past number of weeks.

But problems have been reported with the accommodation which led to a visit from a representative of MASI, the Movement of Asylum Seekers in Ireland, this week.

Women have complained about being shouted at and there have also been allegations that they were told they could not leave the house.

Some women claim they were threatened with deportation if they complained about issues.

Lucky Khambule, the co-founder of MASI, visited the house on Saturday following reports of mistreatment.

He told Donegal Daily that two women have already been removed from the residence as a result of the issues.

“The main thing the ladies are concerned about, which is really frightening to them, is the way that they are being spoken to in the centre.

“They are being made to feel that they need to beg for everything.

“And when they try to address an issue, they are being shut down.”

“They said there was a meeting with the owner last Tuesday but it was more like a telling session.

“They were threatened that if they complained the police would be called and they would be deported,” Mr Khambule said.

Children and babies as young as 7 months old are also being housed in the residence.

“Our concern is the people that are there have experience of torture and now they have come here. They think they are going to be safe, when something like this happens, it brings back all the memories of their home,” Mr Khambule.

Mr Khambule said MASI is currently preparing a report for the government Reception & Integration Agency (RIA) on the Portsalon residence and on other cases across the country.

“I visit a lot of centres and not many of them meet any criteria of care.“

Donegal Senator Padraig MacLochlainn, who was made aware of the claims this week, said an investigation must be carried out to determine the truth.

“The Department of Justice needs to investigate this immediately.

“I would withhold judgement on the truth of the allegations, but they have to be investigated,” he said.

Senator MacLochlainn said he is opposed to the Direct Provision system and to asylum seekers being sent to the far reaches of the country.

He said that it is unfair to asylum seekers and to communities when people are brought to far-out areas.

“The key asylum seeker organisations at a national level have made it clear that they are totally opposed to this policy of asylum seekers being a long distance from Dublin,” Senator MacLochlainn said.

“All of their business is in Dublin – their legal applications and supports. The system that is in place is not in the best interest of the asylum seekers themselves.”

“We have had a serious depletion of resources in the Fanad peninsula for so many years – our post offices, garda numbers and health services. Fanad is a wonderful place to live for sure, but to send people involuntarily such a long distance away is deeply unfair.”

Mr Khambule of MASI added that housing asylum seekers in a location such as Portsalon, far from main towns and public transport, is not suitable.

“We suggest that RIA find a new place for those people. There is no future there, they will never find work and they will ever be able to integrate. They are just isolated and there is no progress in their lives.

“It took me almost five hours to drive from Dublin to go there (Portsalon). How do you put people who are not even familiar with the country in a place like that.

“The only option is to remove those people there and find a place somewhere else,” Mr Khambule said.