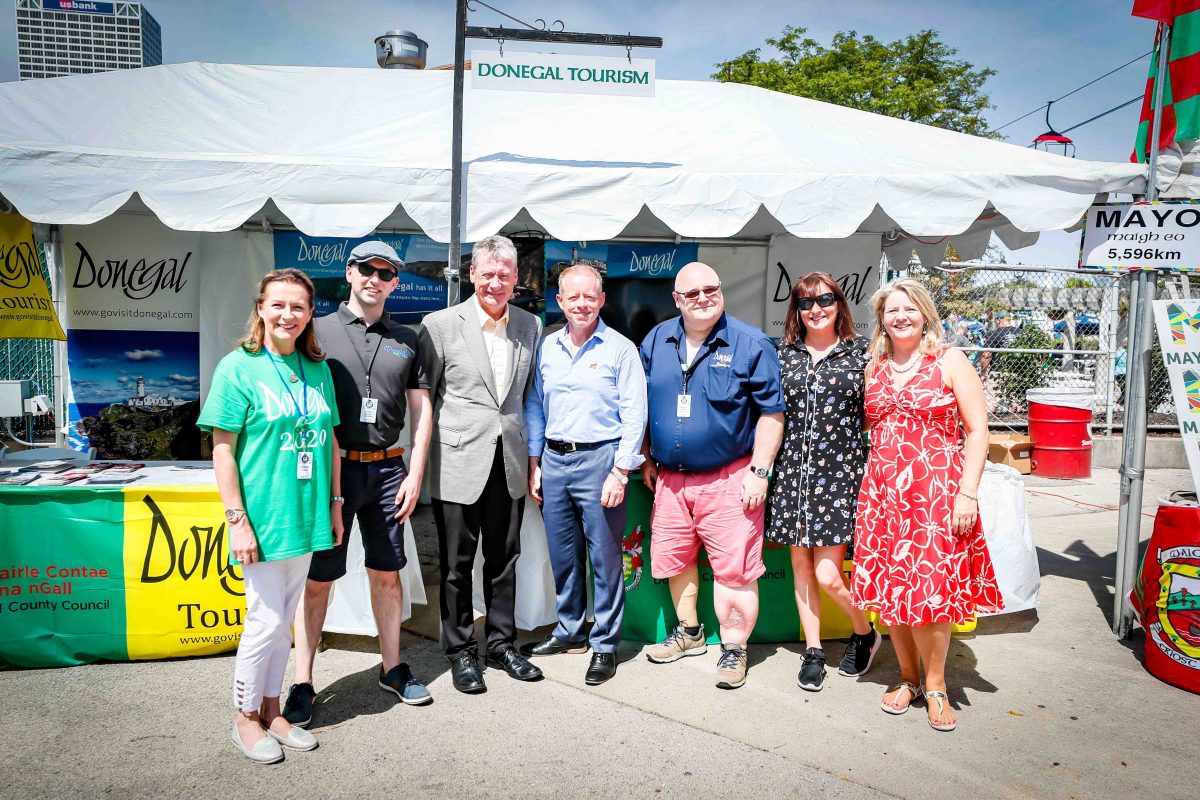 Ambassadors in Milwaukee inviting diaspora to come and visit Donegal

A team of ambassadors from Donegal have been busy in Milwaukee this week representing the county and inviting people with Irish links to come and visit the coolest place on the planet.

The 39th annual Milwaukee Irish Fest – the largest celebration of Irish culture and heritage in the United States – has been taking place in Wisconsin. The four-day festival – which has a huge audience of more than 130,000 visitors – was an ideal opportunity for Tourism Ireland to showcase Donegal and Ireland.

Among the team from Donegal are Deirdre McGlone, Donegal Tour Guide Henry Doohan and Barney McLaughlin and Sarah Nolan, from Donegal County Council.

Ciarán Cannon, Minister of State for the Diaspora and International Development, attended the festival, where he met with the Tourism Ireland team and the delegation of tourism enterprises from around the island of Ireland who attended this year’s festival – including Donegal County Council.

“The Milwaukee Irish Fest provides another really good platform for Tourism Ireland to showcase Donegal and Ireland and the diversity of our heritage and culture to prospective American visitors,” said Alison Metcalfe, Tourism Ireland’s Head of North America.

“It was a wonderful opportunity to invite some of the many people of Irish descent living and working in the US, as well as those with Irish connections or an affinity for Ireland, to come and visit.”