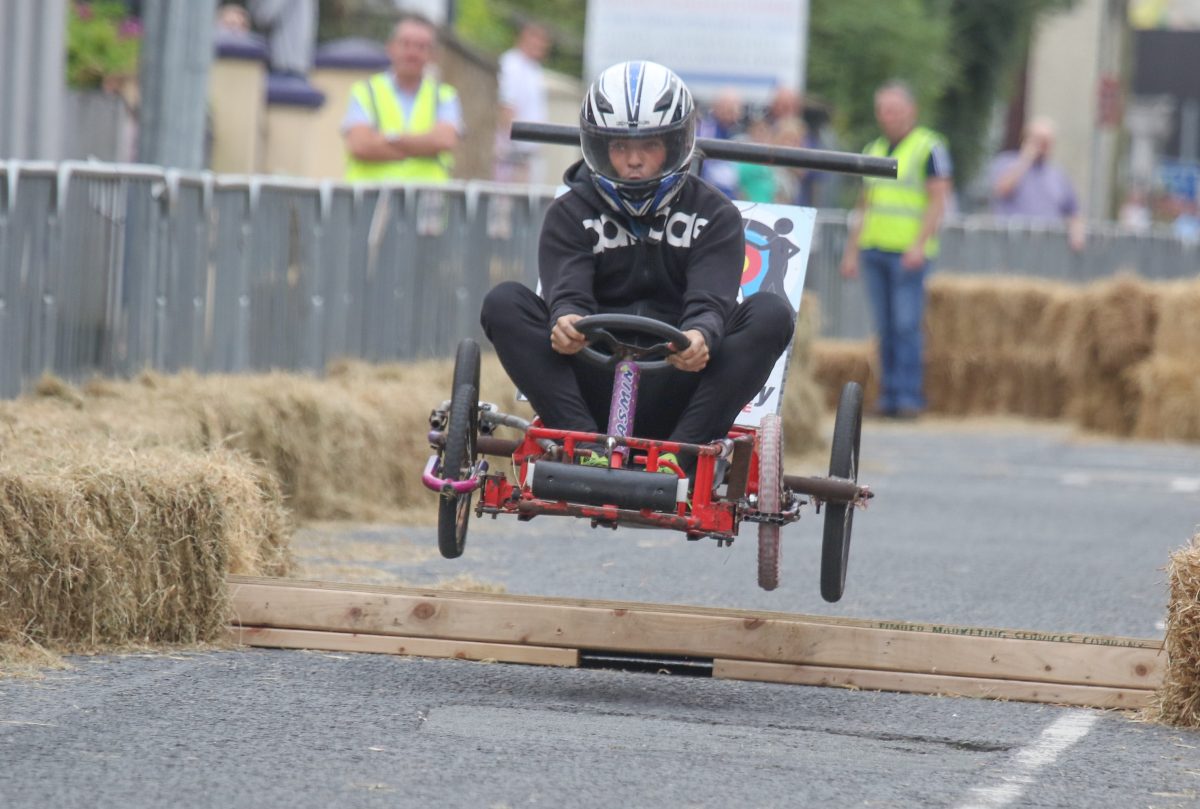 A revised version of the popular Letterkenny International Folk Festival took place over the weekend drawing in huge crowds.

One of the events that caught the imagination from those at the Folk Festival was the Soap Box Derby and it made a return for the 2019 version in association with the RNLI Lifeboat.

The starting ramp was located at the Golden Grill on the Port Road, Letterkenny.

Joe Boland (NWNewspix) was in attendance to capture the thrilling encounter.