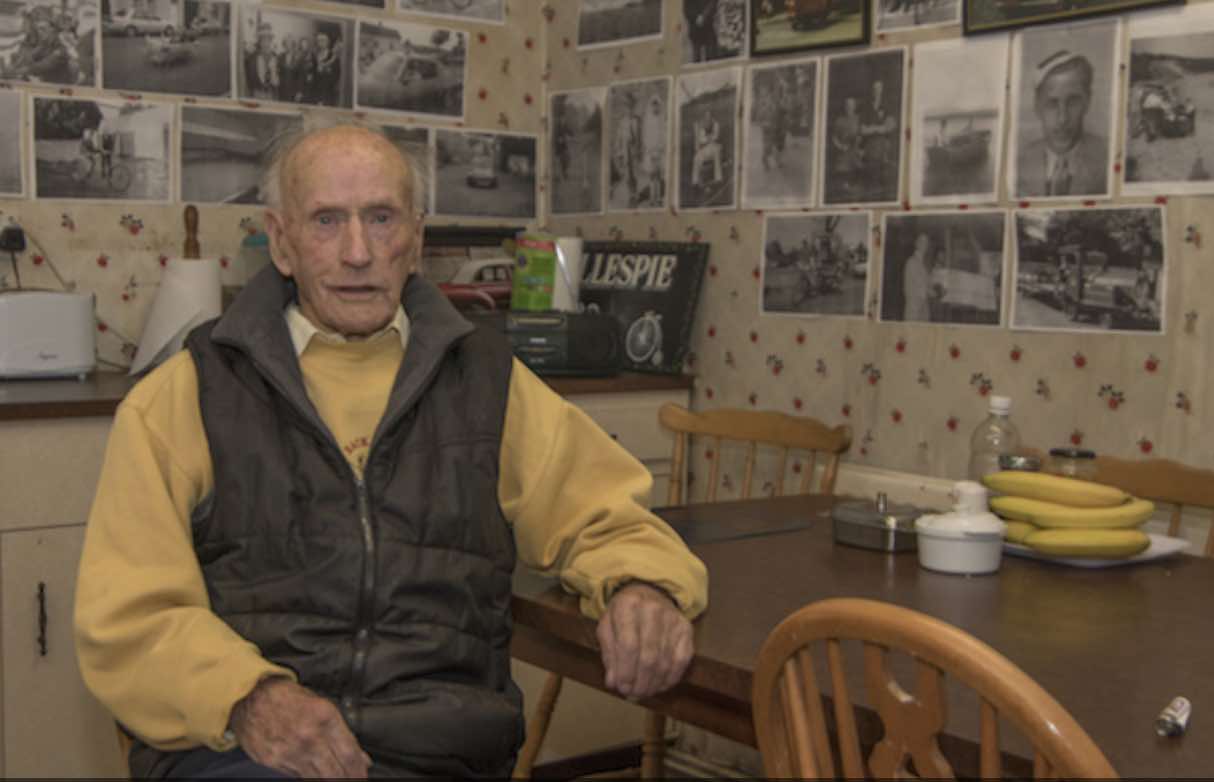 Strabane man Pat Gillespie, who famously never acknowledged the border between Strabane and Lifford, has sadly passed away at the age of 102.

He was well known as the King of Strabane, who filled his home with all sorts of inventions.

But in October 2017 there was shock and revulsion after a gang of masked make broke into his home.

Pat, then aged 100, branded those who robbed him as “absolute scum”.

The Strabane legend was pinned to a chair as three men ransacked his home in Railway Street in the town.

Police said at the time that the gang forced their way through a window of the back of his home and made off cash.

“You could just see their eyes, they were very heavily masked.”

Mr Gillespie was watching television at the time of the break-in.

“All of a sudden three fairly big, hefty men came buzzing past me,” he said.

“Two flew by me and went through the kitchen while the other stood behind me and put his full weight on my shoulders so I couldn’t move.”

The pensioner said the man who was holding him “turned my head very roughly towards the television” as the other two men ransacked his bedroom.

“After five or six minutes, the other two came back into the kitchen where I was sitting and they searched me, that’s when they got the money,” he said.

Mr Gillespie said he felt “powerless” throughout the ordeal.

“It just shows how experienced they are,” he said.

He described those behind the robbery as “absolute scum”, adding: “It doesn’t matter if you are old or young, to break into anybody’s house is just not right.”