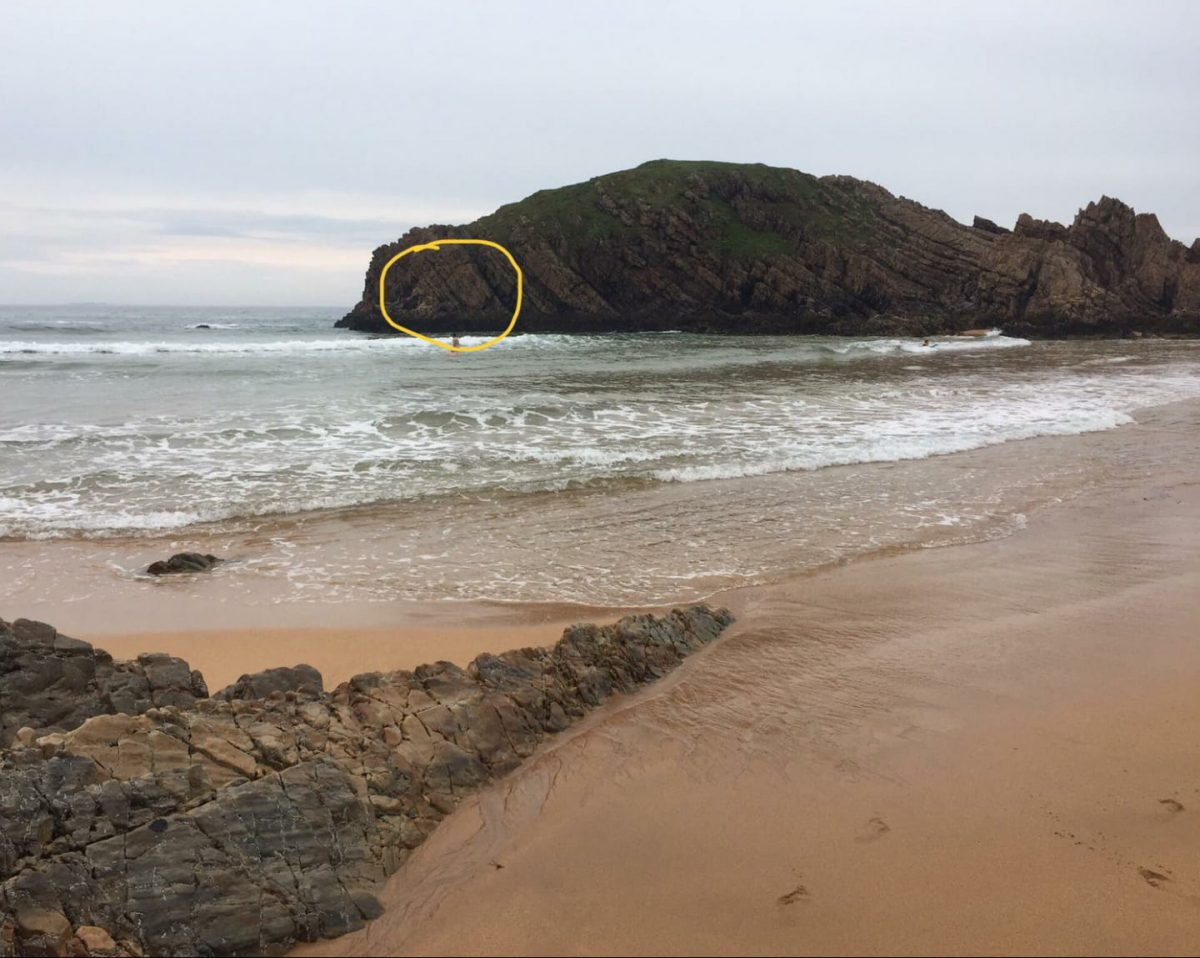 A warning has been issued after a young girl almost drowned at one of Donegal’s most popular bathing spots yesterday.

The girl was waveboarding off the coast at Murder Hole Beach near Downings on Melmore Head when she got into extreme difficulty.

The girl was hit by a riptide and was dragged under the water.

Thankfully two men managed to haul the girl onto rocks and saved her from serious possible harm.

The incident has sparked a warning to remind people about the dangers of riptides and swimming close to rocks.

A riptide is a strong, offshore current that is caused by the tide pulling water through an inlet along a barrier beach, at a lagoon or inland marina where tide water flows steadily out to sea during ebb tide.