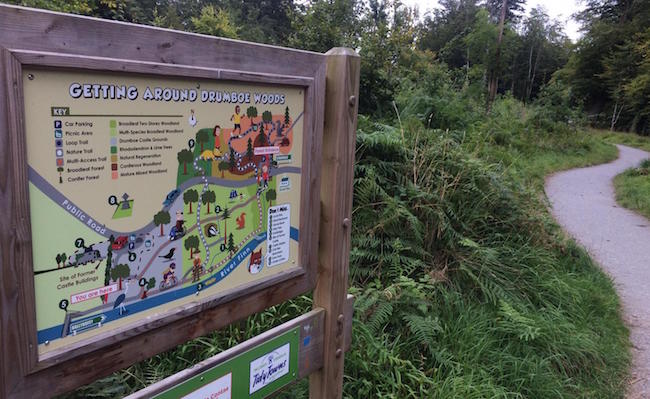 Shock as trees cut and stolen from scenic forest walk

An attack on a local scenic area in which up to 20 semi-mature trees were cut down has been described as “senseless and shocking.”

The trees were hacked down last weekend at Drumboe Woods in the Twin Towns.

A major investment was made turning the woods into an area which could be enjoyed by the local community recently with pathways and signage as well as the planting of more trees.

Coillte is aware of the attack on the woods and is investigating the reasons for the cutting of the trees which were also taken from the forest.

Local county councillor Patrick McGowan said he is very annoyed by the incident considering the work which has gone into developing Drumboe Woods in recent months.

“This is a shocking and senseless attack on what is a beautiful area which is enjoyed by so many people. 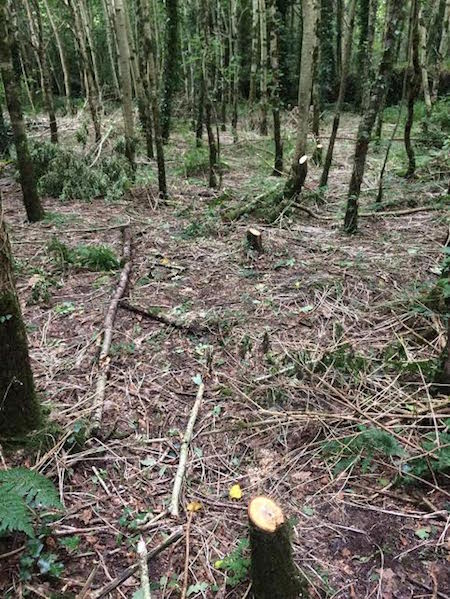 Some of the many trees cut down during an attack in Drumboe Woods at the weekend.

“We have a Tidy Towns meeting tomorrow night and we will discuss it but it’s just an attack on the whole community.

“I would appeal to anybody who was in the woods in recent days and who may have seen people cutting down trees of acting suspiciously to contact the Gardai.

“These are our woods and they are there for all of us to enjoy and something like this cannot be allowed to happen again,” he said.