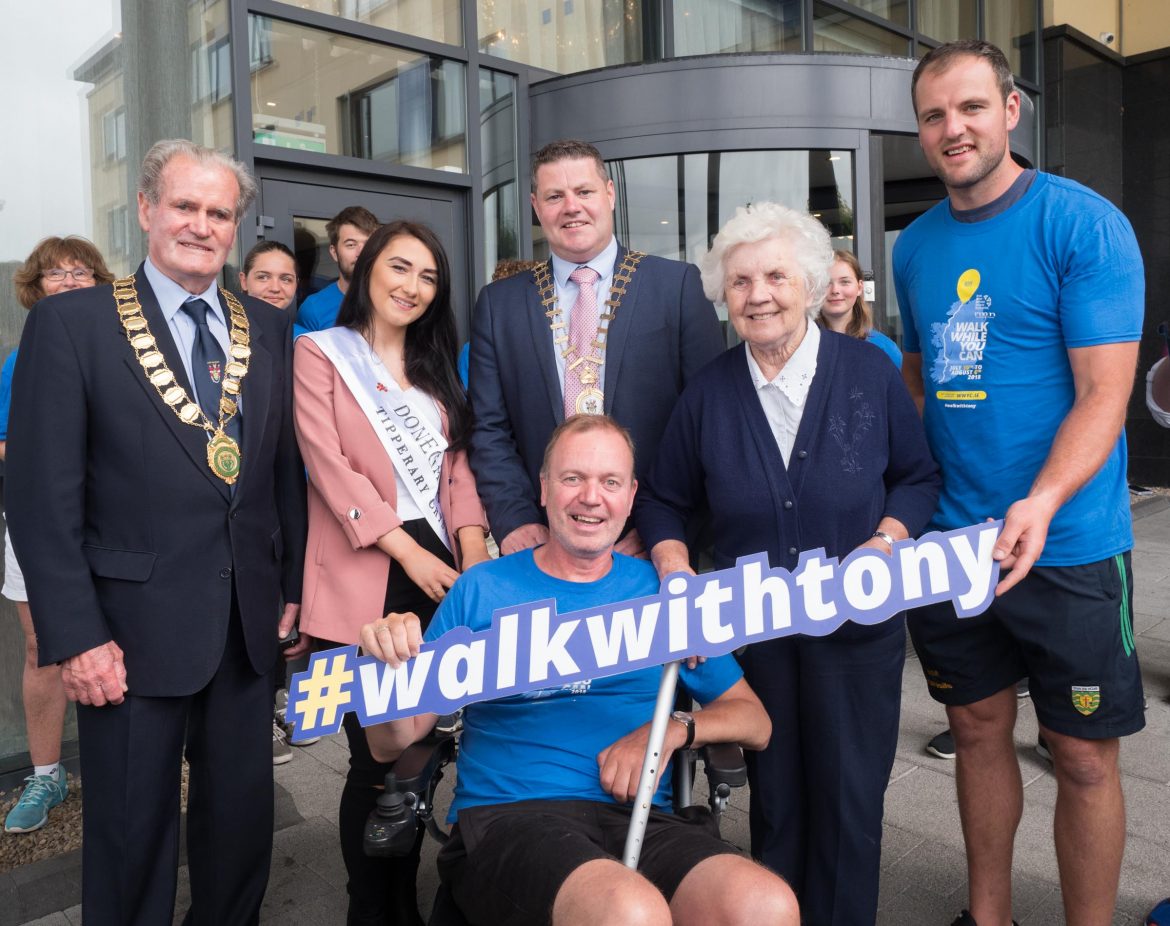 Dublin priest Fr Tony Coote, who raised over €600,000 for motor neurone research, has died at the age of 55.

The popular priest was a prominent campaigner for people with motor neuron disease (MND) after he was diagnosed with the condition in 2018.

Fr Coote led a 550km walk from Letterkenny to Ballydehob in Cork last year as part of his ‘Walk While You Can’ campaign. He had a warm send off from the Radisson Blu Hotel in July 2018, with local representatives and community groups coming out to join his journey. 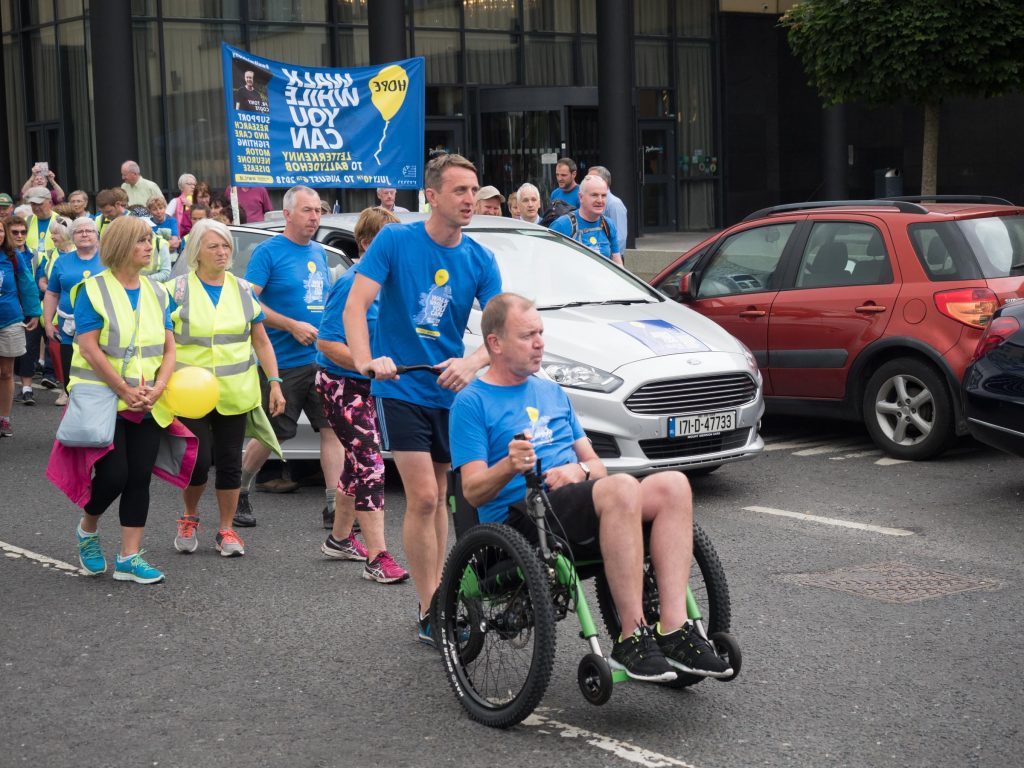 July 2018: Fr. Tony Coote beginning his Walk While You Can Fundraiser from Letterkenny to Ballydehob for support, research and care of Motor Neurone Disease. Photo Clive Wasson

Fr Coote’s amazing journey touched many hearts as he visited communities across the country and raised money in support of the Motor Neurone Disease Association.

His inspirational achievement was documented in an RTE programme shown in December last year.

Tributes have poured in for Fr Coote following his death on Wednesday evening.

Archbishop of Dublin Dr Diarmuid Martin said: “Tony showed all of us how strength can be witnessed even in the face of human weakness. His courage and determination touched the hearts of people of all backgrounds.” 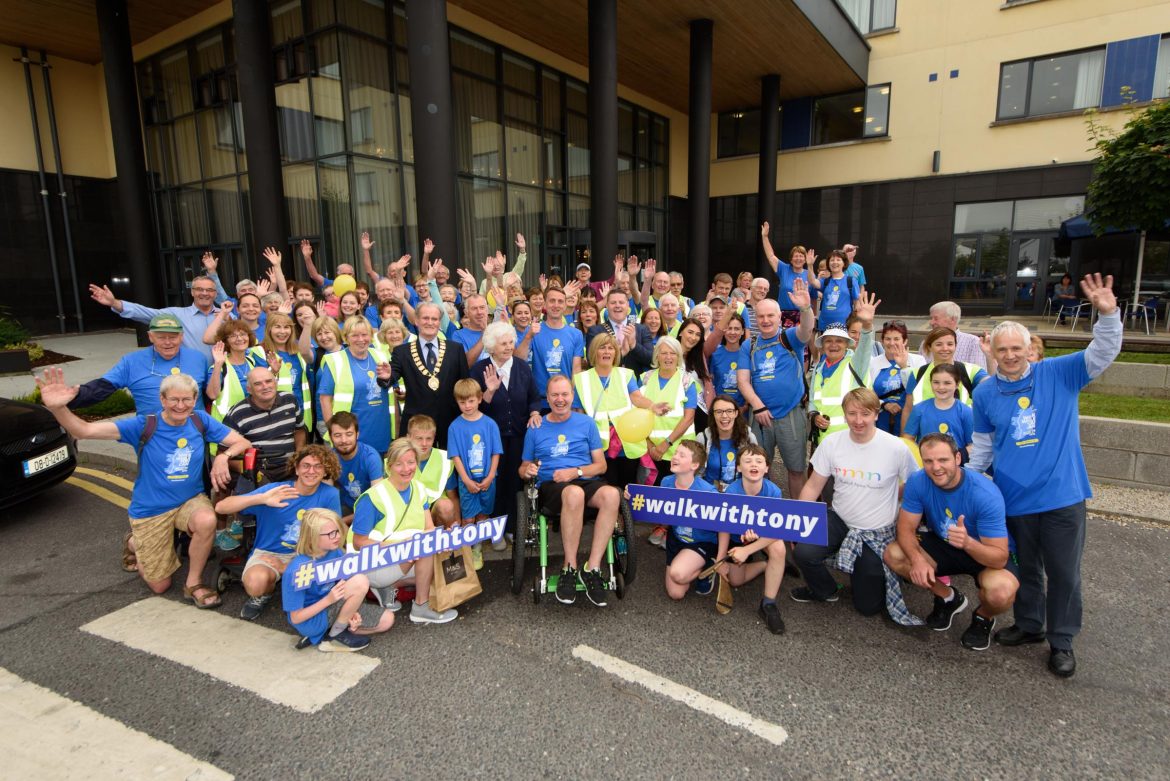 July 2018: Fr. Tony Coote beginning his Walk While You Can Fundraiser from Letterkenny to Ballydehob for support, research and care of Motor Neurone Disease. Photo Clive Wasson

Chief Executive of the Irish Motor Neurone Disease Association Róisín Duffy also paid tribute to Fr Coote. “From the moment he was diagnosed, Fr Tony Coote not only bore his illness with tremendous dignity, he also became a tireless advocate for everyone living with MND”.

“His decision to travel 550 kilometres from Donegal to Cork last year was testament to his resilience and determination. The €600,000 he raised is already making a real impact on Ireland’s MND community.

“To Father Tony’s family and wide circle of friends, we at the IMNDA offer our deepest sympathies at this difficult time. We pledge to honour his memory, and continue to support his vision for a world free of MND.”