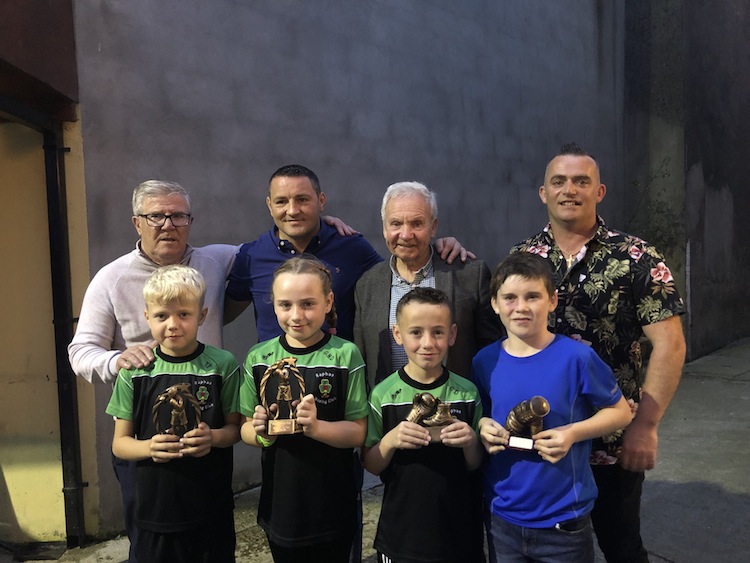 Club officials were delighted that a bumper crowd turned out for this annual showpiece to acknowledge the achievement of all their boxers during the 2018-2019 season.

The officers of the Raphoe club would like to extend a sincere thanks to John Friel his management and friendly for their hospitality.

A sincere thanks also to all the generous business people of Raphoe and surrounding areas for their continued financial support throughout the years – for without their support the local boxing boxing club would not have been up and running for the past thirty-one years.

A huge thanks to all the parents for their help and continued cooperation during the boxing season.

Jason Quigley weighs in ahead of Marin...

Ready for the call: Jason Quigley on...