Banda – whose brace of goals fired Letterkenny to a final win over Cockhill Celtic in April – struck a memorable winner on 77 minutes as Eamonn McConigley’s men took a deserved win.

Matthew McLaughlin had cancelled out Lee Toland’s opener when Banda stepped onto the stage.

There was little that any goalkeeper could have done to prevent Banda’s wonderful effort, hit with power and precision, from nestling in the top shelf.

It was surely as good a goal that has ever been scored at Leckview and it certainly lit up the first day of the new season.

Rovers had two big openings late in the first half.

Right on the stroke of half-time, Declan Sharkey shot narrowly off target when he was put in by Bonner. 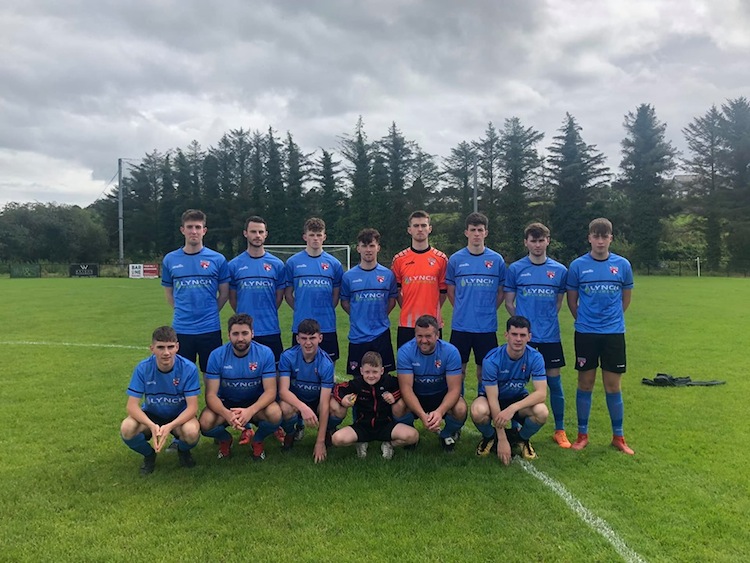 McGrath was denied by Cannon early in the game while Banda fired wide after connecting with Toland’s teasing cross.

Gary Merritt – one of the new faces on show for Rovers – was thwarted by a brave block by Conor Duggan, who was at Rovers last season.

For all of their play, Rovers couldn’t break the deadlock.

That changed when, just four minutes into the second half, Toland bent a free-kick around the wall and beyond Cannon at the near post.

Toland had to intervene at the other end to hook off the goal-line from Paul Bradley after Keelin McElwaine’s attempt was parried by home goalkeeper Blake Forkan.

McGrath curled just wide of the far post as Rovers – who were led by new signing Emmet Friarts at the other end – went in search of a second.

The hosts were rocked when McLaughlin’s shot from distance squirmed under Forkan to draw the sides level.

Patrick McGinley, the Fanad centre-back, headed over from close range as Fanad looked to sneak in front, but even they could only stand and admire the quality as Banda picked his spot and Rovers began the new term on a winning note.