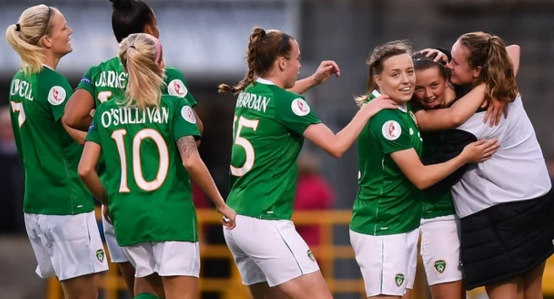 IT WAS a simple case of ‘if you don’t shoot, you don’t score’ as Tyler Toland toasted her first Republic of Ireland senior goal last night.

Toland netted in the seventh minute as Ireland overcame Montenegro 2-0 in their opening UEFA Women’s 2021 European Championship qualifier at Tallaght.

Toland’s goal set Ireland on their way to a win over the dogged minnows, with Katie McCabe adding a penalty in the second half.

It has been a huge few weeks for Toland, who last month signed a two-year contract with Manchester City, and last night – on the occasion of her 13th Irish cap – drilled home early on.

“Coming into the match, the three points were all we wanted,” Toland said. 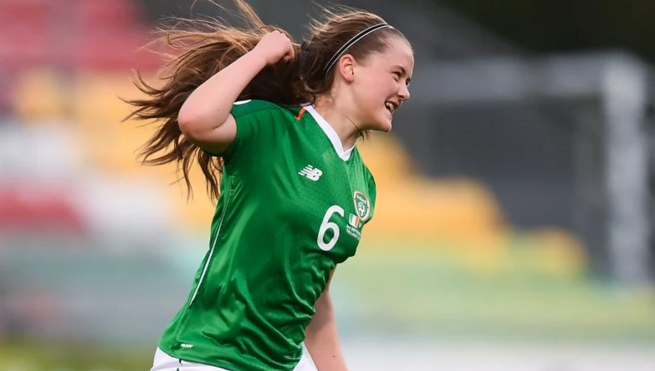 “I scored for the team. It doesn’t matter who scores, it’s all about the three points.”

Toland opened the scoring as she shot in off the post from outside the box after being teed up by Denise O’Sullivan.

The 18-year-old St Johnston woman said: “The manager said at he start of the game: ‘If you don’t shoot, you don’t score’. I had a shot and it went in. Katie scored a good penalty and the three points was what we wanted.

“I had another shot which I mis-hit but we got the result which is all that mattered and we will focus on the next game now.

“We got the result and that’s the main thing. One game at a time and all the focus is on Ukraine.”