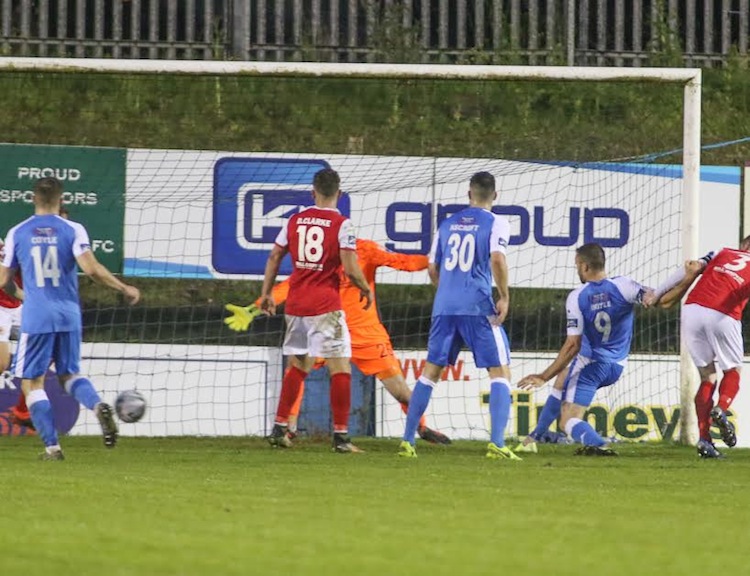 Finn Harps count cost of errors as Saints march on

FINN HARPS are still six points ahead of UCD in the relegation dogfight – but there was a sense of a chance spurned in Ballybofey tonight.

Nathan Boyle’s goal in the first half had Harps in front of St Patrick’s Athletic, but new Saints boss Stephen O’Donnell saw his side turn the tables in the second half.

Pat’s move to within a point of Derry City in fourth, while the manner of the concessions left the Harps faithful in a crowd of 1,054 cutting frustrated figures as they headed into the drizzling night.

Darragh Markey’s strike, 11 minutes into the second half, cancelled out Boyle’s first-half opener for the hosts.

Pat’s took the lead when, on 66 minutes, McCabe – a half-time substitute – seized on a Gareth Harkin error on the edge of the box. McCabe dispossessed the Harps midfielder and fired into the bottom corner. 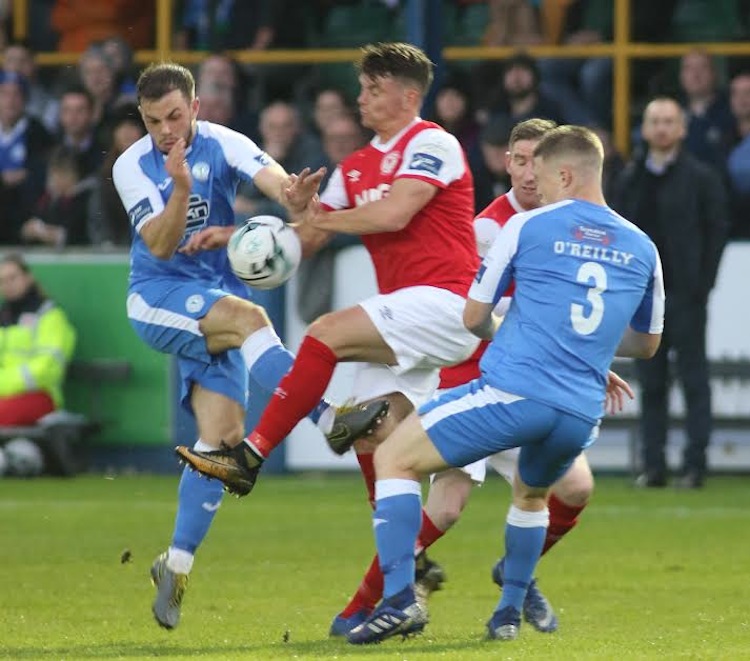 Harps had surrendered their lead 11 minutes after the break.

After Mark Anthony McGinley denied Markey with his feet, Ian Bermingham drove the ball back across goal. Markey reacted and shot to the roof of the net to draw the Saints level.

Harps hit the front on 31 minutes. Niall Logue’s long throw had the Pat’s defence at sixes and sevens. Daniel O’Reilly headed on and Boyle prodded home from close range.

The goal came against the run of play with Pat’s having played some incisive football in the opening half-an-hour.

Glen McAuley shot over the top after just 45 seconds as Pat’s laid down an early marker. The 19-year-old McAuley was recruited by Pat’s in July having been released by Liverpool, with the Inchicore outfit beating Shamrock Rovers to land his signature. 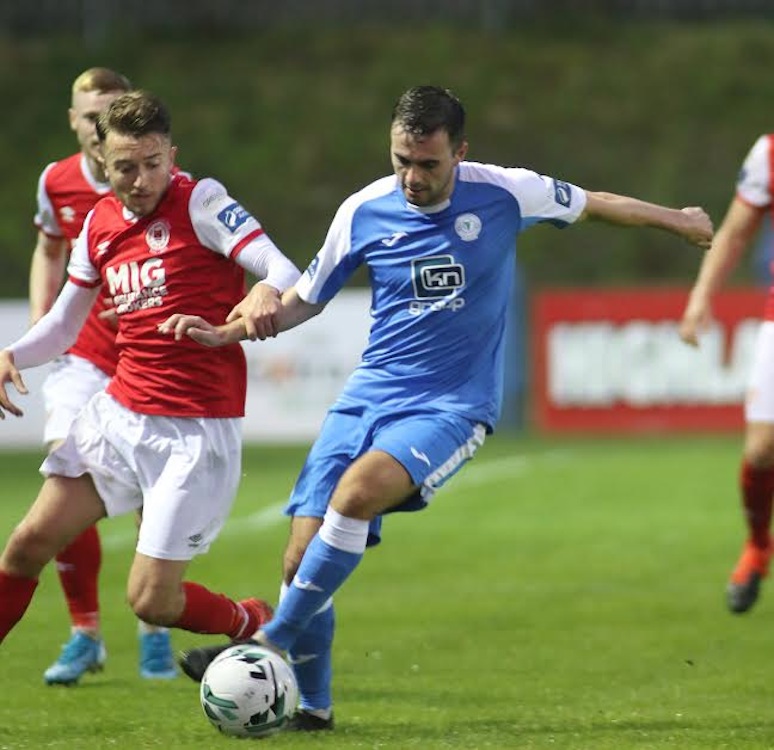 McAuley turned provider for Gary Shaw on the edge of the box after a sweeping move in the 17th minute, but Shaw’s shot was into the side-netting.

Pat’s were eager to make an impression on new manager O’Donnell, appointed following the departure of Harry Kenny in the wake of a recent FAI Cup loss to UCD. The 33-year-old had been working as Dundalk’s opposition analyst before his appointment having won six Premier Division titles as a player.

Mark Coyle was restored to the Harps XI for his first start since the 1-0 loss to UCD two months ago.

Suspension ruled Mark Russell out of contention with Mark Timlin and Logue also elevated to a Harps side that was minus Ruairi Harkin. 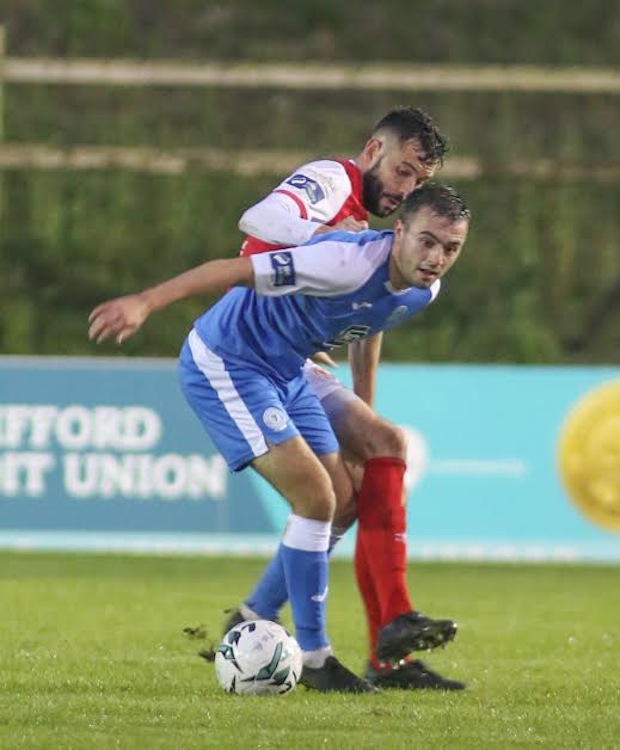 Pat’s goalkeeper Brendan Clarke was given a reprieve as he raced from his penalty area and clattered into the scampering Boyle. With the ball going away from goal, the decision of John McLoughlin, the referee, to give Clarke a yellow was the correct one.