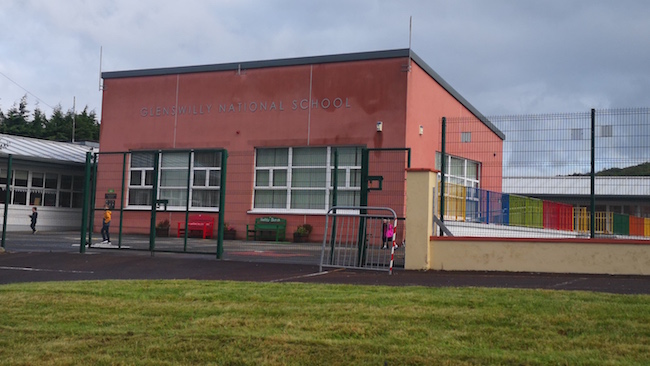 They have waited decades and fought many campaigns in a bid to expand their school.

Now the community of Glenswilly has been rewarded with the announcement this morning that the school if to get its extension.

The announcement, which was made by Minister for Education and Skills Joe McHugh, means the school will mean an overall redevelopment of the current building as well as FIVE new classroom.

Minister for Education and Skills Joe McHugh, speaking at the school, said he was honoured to be able to make the announcement.

“It is an honour to be the Minister who shares this great news with the people and school community of Glenswilly National School.

Minister Joe McHugh telling pupils all about the plans for their new school. Pic by Donegal Daily.

“Principal Joe Gallinagh and the Board of Management have been given the green light to tender for the contractor to get the shovels in the ground and the teams on site to develop a top class school building.”

“This is a massive boost for the people of The Glen,” the Minister said.

“The school will get a quality refurbishment and as part of the massive redevelopment, a five classroom extension, a new general purpose room and three special education rooms and other ancilliary rooms.

“Huge credit has to go to principal Joe Gallinagh, all the staff, chair of the board of management Eileen Quinn and board members and the whole school community for their support and dedication to this project all the way through.

“This Government is meeting its commitment to Glenswilly under the National Development Plan and now with the tender process ready to go to secure a contractor we are on course to have builders on site next year. 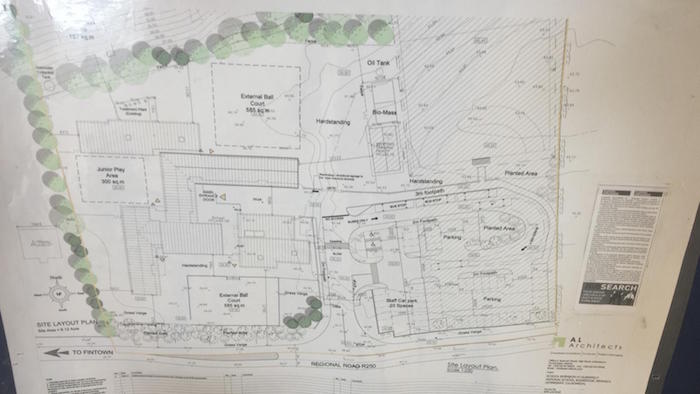 The plans for the new school. Pic by Donegal Daily.

“We are talking about a school building of the best standard and from an environmental point of view it will have a near zero energy rating and it will be a fitting investment for the people of The Glen.”

Minister McHugh also noted the intensive work being carried out in the Department of Education and Skills on a range of other school projects in Donegal.

“I know there are many school communities keen to hear news as good as this and I am looking forward to confirming progress on several fronts this month,” Minister McHugh said. 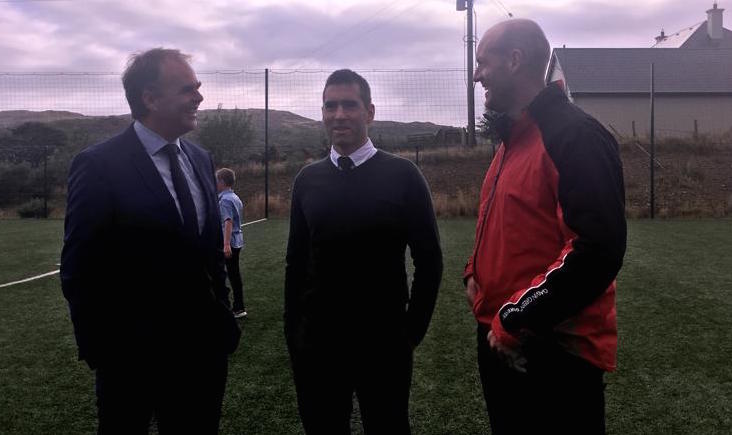 “Glenswilly NS is just one of many significant investments we have seen make massive progress in the last while, including St Eunan’s College in Letterkenny making it on to the fast-track Adapt programme, upgrade works at Moville Community College, plans coming together for St Mary’s National School, Stranorlar and many other smaller but no less important extensions and repairs and redeveloped classrooms.

“I know there are other projects that are priorities for each school community up and down the county and I am dedicated to seeing them make good progress.”