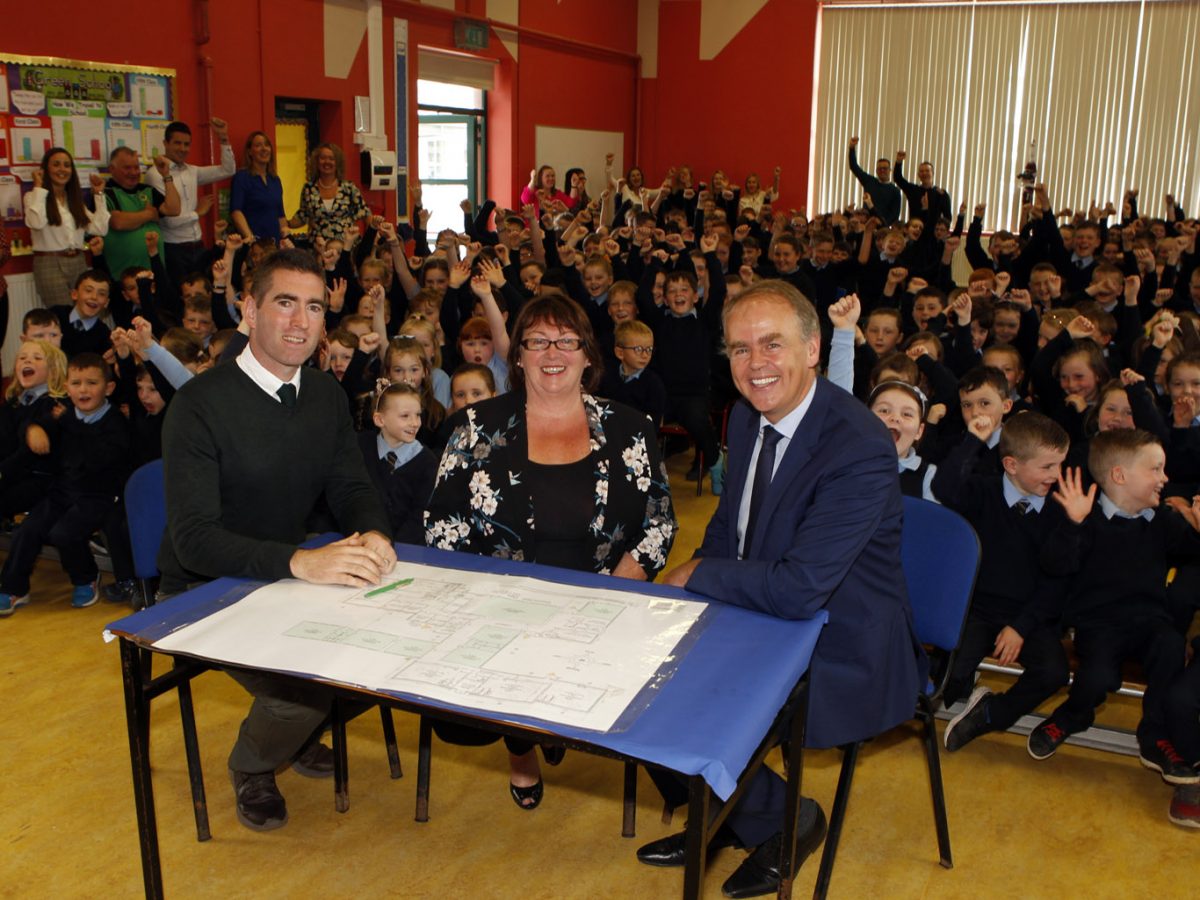 Glenswilly NS got the all-clear for its major extension yesterday (Fri) following decades of campaigns in a bid to expand the school.

The announcement, which was made by the Minister for Education and Skills Joe McHugh, means the school will mean an overall redevelopment of the current building as well as FIVE new classrooms.

Brian McDaid was in Glenswilly following the announcement to capture the signing of the contract for work to begin on the new school.

You can see photos below…