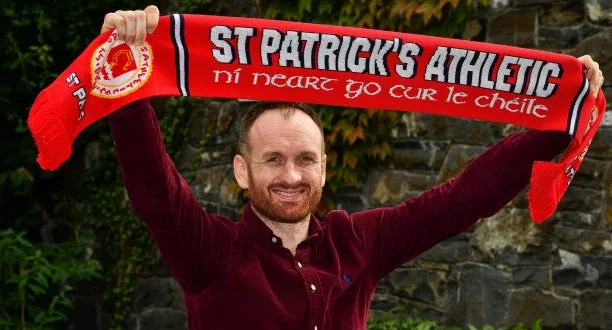 Listen: Stephen O’Donnell on Pat’s challenge and his Donegal roots

O’Donnell is a six-time Premier Division winner and has taken on the job at Richmond Park following the recent departure of Harry Kenny.

O’Donnell is well connected to Donegal.

“My dad, PJ, is from Dungloe, and my uncle Jimmy still lives there on the Chapel Road,” he told Donegal Daily/Donegal Sport Hub.

“I went to all of Donegal’s Championship games as a young fella. I would still be a Donegal fan when it comes to Gaelic. I have a massive connection with Donegal.

“My father is more excited during Donegal’s matches than any of my games! Hopefully Donegal will kick on now  and do even better next year.”

O’Donnell and Pat’s are still chasing a European spot with last night’s win moving them within a point of fourth-placed Derry City.

He said: “There’s no right time or a master plan for this. It was too good an opportunity. St Pat’s were too big and good of a club to turn down. I’m really looking forward to it.”