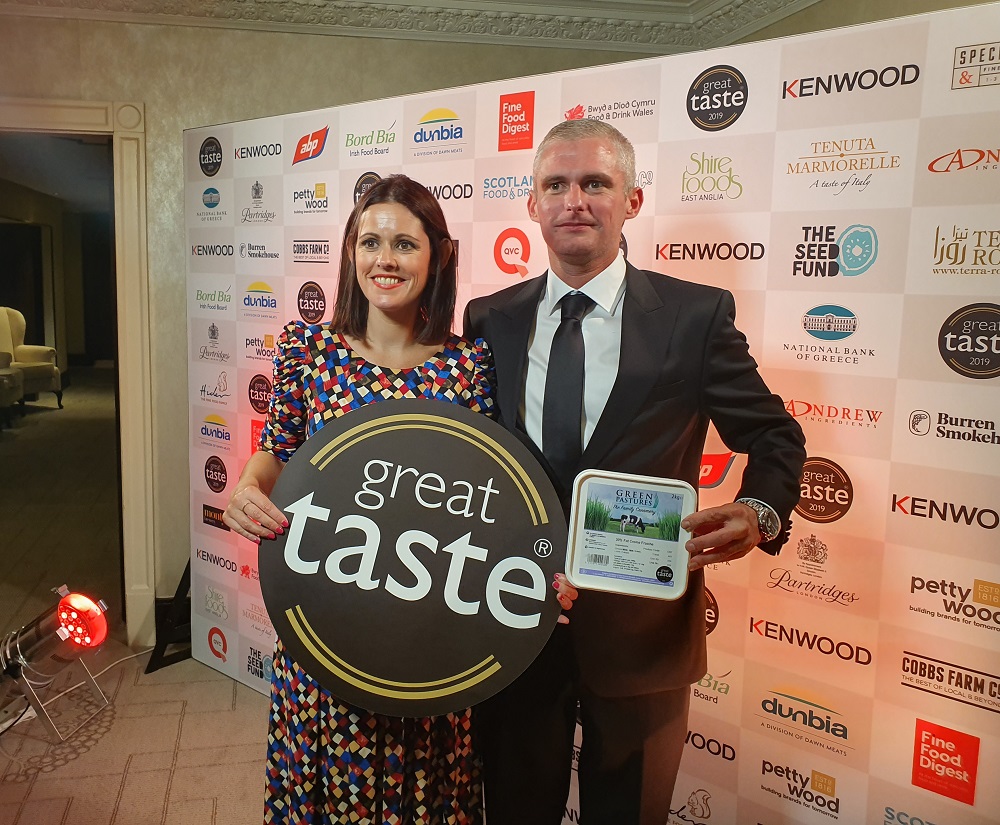 A Donegal company has earned a coveted 3-star prize from the world’s largest and most trusted food awards, Great Taste.

The Great Taste Awards, run by the Guild of Fine Food in the UK, is a blind-tasted competition recognising the finest fine food and drink producers in the UK and Ireland.

Green Pastures, based in Convoy in Donegal, impressed with their new light Creme Fraiche product to win a three-star award.

The dairy company won a total of 8 Gold star awards at this year’s ceremony. This brings the highly innovative company’s total to an astonishing 66 Great Taste awards and one Golden Fork since 2011.

The Irish Three-Star Winners at the Great Taste Awards 2019

Speaking after the awards gala in London the owner of Green Pastures Mr John Molloy said;  ”We are absolutely delighted. We have achieved a lot in a short period of time, but innovation and awards don’t arrive simply by luck.

“Our approach to the art of cheese-making is a complete and total love and passion combined with forensic attention to detail from the farms that produce our cheese milk. That’s what gets the quality, taste and ultimately the international awards.”

From almost 13,000 entries in the competition, which is in its 25th year, just 208 three-star awards were made. 10 of those awards went to entries from the Republic of Ireland and eight to producers in Northern Ireland this year.